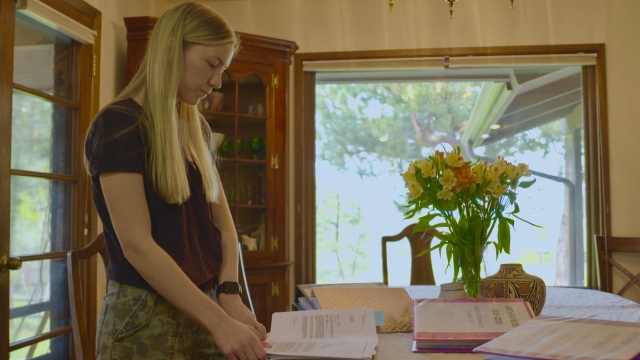 SMS
How Mental Health Parity Complications Are Hurting Patients
By Lindsey Theis
By Lindsey Theis
May 24, 2019
In 2008, a bipartisan mental health parity bill passed. So why are there still so many violations across states?
SHOW TRANSCRIPT

Research shows more and more people are grappling with mental illness or substance use. A new report shows private insurance claims for depression and anxiety are growing, especially among young people. But getting affordable mental health treatment can be a challenging, uneven process that puts most of the burden on patients.

Newsy met Katie Gruman, 27. She says she's dealt with numerous parity complaints. "My story started when I was pretty young, in middle school when I started feeling not quite right. I didn't know what to do and let it go for a long time which eventually escalated to drinking and then drug use. And you know halfway through high school I was fully addicted to alcohol and drugs. And at that point you know my parents started to notice that things were going really wrong. I'd been self harming so they saw cutting and that's when they brought me to a therapist," she told Newsy. "My parents did what most people do. You know they get a directory or they look in the you know ask insurance and they just pick someone."

In 2008, a new federal law required insurers to provide mental health parity, or the same coverage for both mental health and physical health. It was expanded to apply to more insurers in 2010’s Affordable Care Act. But there are still frequent violations, and parity varies from state to state.

Some common kinds of violations include limiting the number or frequency of outpatient visits, restrictive prior authorization, or excessive reviewing of cases. And insurers may deny coverage for hospital care for substance abuse, claiming patients didn't try cheaper treatment options first.

That’s what happened to Katie, who by 18, had been diagnosed with Severe Alcohol Use Disorder, PTSD, and Bipolar Disorder. She had visited several therapists and even the hospital — but nothing was helping her mental illness. She says things got worse and eventually, a therapist recommended her family send her to a three-month inpatient program in California. 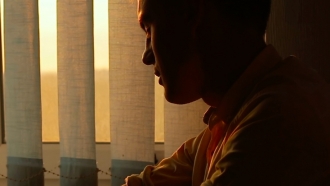 The Number Of U.S. Kids With Mental Health Issues Is Growing

"My parents got the first month's bill which was thirty three thousand dollars and insurance said, 'actually we're not going to pay'. In total... 90 days of treatment cost $172,000. And the insurance provider paid $10,000 despite saying that they would cover it in the beginning."

According to a 2019 report from the U.S. Government Accountability Office, roughly one-third of substance use patients and one-half of people with mental health conditions said they didn’t obtain treatment because accessing it was so challenging. Parity advocates say that’s just one part of the problem.

"A second piece is that there are multiple layers of health insurance products from one company. One company can offer 20 or 30 different products, on different tiers and offering different things.  A third factor is how insurance companies define or decide how to pay for the services that they offer and the physical and the mental health side and those things called 'medical necessity'. There are things called quantitative and non quantitative," Moe Keller with Mental Health Colorado told Newsy.

It’s also hard to keep track of parity complaints and appeals, even with help. The nonprofit Kennedy Forum was started by Patrick J. Kennedy in 2013. It ranks states on their parity laws, transparency, and what conditions are and aren’t required to be covered. And while it also tracks complaints from patients, that puts the burden on patients to self-report. And perhaps the biggest issue of all is accountability. Federal laws might be dense with legal language, but experts say they're still vague when it comes to enforcement.

"The way health insurance is regulated and enforced in the United States is a very dizzying array of different state and federal agencies that are responsible for enforcement for any given person depending on what state you live in," Tim Clement, Regional Director and Legislative Advisor for the American Psychiatric Association said. "There could be as many as six possible state or federal regulators responsible for enforcing your plan. It's very hard for the average person, especially someone who's in mental health crisis or worse or grappling with addiction to figure out who it is that's responsible for enforcing their their health plan."

All of this means getting treatment can be expensive. One 2017 report found patients in all but one state were more likely to go out of network for behavioral health care than they were for physical care.

When we met with Katie, she showed us half a dozen large binders she's kept over the years, since 2016.

"I print everything," she says.

Katie is now on her own insurance plan, but she says she’s fighting her current provider to cover the therapist she sees twice a week. She pays $400 a week out of pocket to see them because there’s no provider close to her that takes her insurance and specializes in her condition.

"I started the appeals process that they tell you, you can do and it looks nice on paper, you know. 'You have the right to appeal just do this and this.' So I decided to do the whole mail-in process, of course it's all mail. None of it is done electronically. There aren't forms. There isn't a layout. They don't tell you exactly what you need to send in. So I just created my own form and kept track of all of the case numbers," she explains, opening another binder.

"It ended up being, you know, over a six month process of they would send me 'no' and' this is why'. And then I would send them another appeal with letters from my current therapist, from as many professionals as I could get. I contacted all of the therapists who they sent me saying you know choose one out of this list. They sent me at one point a thick packet – printed out every single therapist in network within 50 miles. So I went through the whole list and cut out about half right away because they sent me people who only treat children, are for traumatic brain injury... So I narrowed it down to who I could see contacted all of them. Most were not taking new clients, had stopped taking insurance, had moved, and then of course you know some people have passed away but they remain on the list." 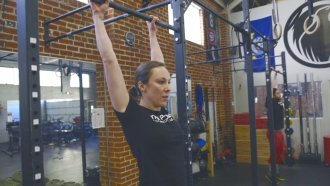 Inside The Gym That Combines Sobriety And Fitness

Newsy reached out to some of the big insurance providers: Anthem, United Health Care, Blue Cross Blue Shield. We asked them how they decide which providers are in network or out of network, and how they update their directories.

Anthem said, in part, it’s “...dedicated to continuing to add behavioral health providers, such as counselors as well as psychiatrists to ensure it provides broad access for its members.”

HCSC, Blue Cross Blue Shield's parent company, told us “The (provider) directories are updated regularly based on information provided by the individual physician or the physicians group when they make changes to their practice/organizations.”

"I mean it's it's a lot," Katie says. "And I know. It's too much to ask for most people because really in the end you know this most of this has got me nowhere. You know it's just denial after denial. But I wanted to prove to myself, really that this-" she points to the large stack of papers- "this is how big the problem is."