How Long Will The Pause On Student Loans Last? 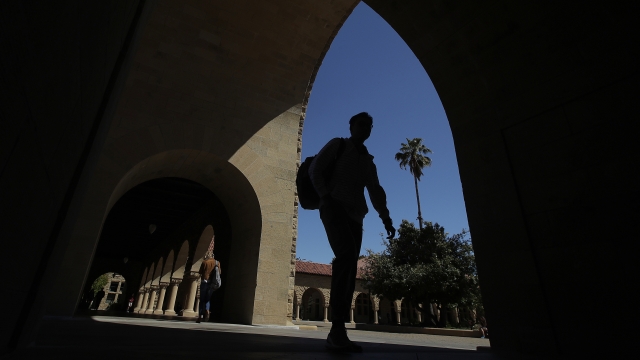 SMS
How Long Will The Pause On Student Loans Last?
By Newsy Staff
By Newsy Staff
April 11, 2022
The pause has already made a significant difference for many Americans, but borrowers are still looking for some degree of forgiveness.

The ever-growing burden of student loan debt looms over generations of Americans.

President Joe Biden recently announced an extension of the student loan payment pause, just a few weeks before it was scheduled to end on May 1.

"This continued pause will help Americans breathe a little easier as we recover and rebuild from the pandemic," he said.

The payment freeze is now set to continue until at least Aug. 31.

For the vast majority of the over 40 million Americans with student loans owned by the U.S. Department of Education, the pause has provided a reprieve from a bill that can often cost hundreds of dollars a month, and it’s spared people the interest that would accrue in that time too.

So what kind of impact has this actually had on folks with student loan debt? Has the pandemic-era pause actually done some good?

"I think a lot of consumers who were not necessarily financially impacted by the pandemic was were utilizing the pause to pay down their high interest debt," Mayotte said. "So I heard a lot of stories of people paying off credit cards, maybe paying off a car loan or saving, you know, putting more money towards a down payment for a car home. As this has progressed, I'm hearing more from borrowers that are planning on utilizing the pause to pay down their loan."

The numbers say that pause in repayment and interest has already made a significant difference for many Americans.

Data from the California Policy Lab at the University of California estimates borrowers save roughly $210 dollars each month thanks to the pause, but borrowers are still counting on an opportunity to get some degree of forgiveness.

"It would just take a huge weight off of my shoulders," said Ryan Johnson, a high school and college teacher and student loan borrower. "I could, I feel like, I could choose to teach for the right reasons every day, and/or I could consider other options that might allow me to to seek out other professional options. I really would like to go back for my Ph.D. within the next five to eight years."

Johnson is in a slightly different boat from a lot of borrowers. He has almost $150,000 in student loan debt from getting two degrees that enabled him to follow his passion for teaching. His loans could be forgiven after a few more years of payments through the Public Service Loan Forgiveness program for public servants like teachers.

He says he feels ready if and when payments restart, but he’s worried for other borrowers out there.

"I feel like every time they've announced a new start to the repayments, I've thought, okay, I'll prepare for that," Johnson said. "But then in the back of my mind, I'm like, no, they're just going to push it off again. They're going to keep pushing it off. And I feel like at this point, it's getting to the point where I don't know if people are going to be able to to pay when they finally do enter repayment."

But opponents of student loan forgiveness worry that this kind of lifting of federal debt could penalize those who didn’t go to college or who already paid off their debts.

"I would say the number one problem with student loan forgiveness en masse is the fact that it's very regressive, so we know that most of the time higher education is going to pay off," said Preston Cooper, research fellow at the Foundation for Research on Equal Opportunity. "That's not universally true, but that is true most of the time that people who get more education tend to earn more."

Cooper's work at the nonprofit think tank helps promote free market and free enterprise solutions. He argues that the money for potential student debt aid could be put toward broader economic relief.

"Even if you want to cancel just $10,000 of student debt and want to, that would amount to about $370 billion in costs you could send out on a whole other stimulus check, more stimulus checks like we did at the beginning of the pandemic for that cost," Cooper said.

But for advocates, a temporary solution isn’t enough. Cody Hounanian is the executive director of an advocacy group called the Student Debt Crisis Center. He says that this is an opportunity to lift the burdens of student debt once and for all.

"People were crushed by student loan debt before the pandemic, and this relief has helped them survive the last two years, which have been so challenging," Hounanian said. "But we still need a bold solution that does something about the growing student debt crisis that has been happening way before this pandemic began."

"I think most Americans, if you really frame policy like this, they recognize that, okay, canceling student loan debt, it may not benefit me or my family, but it'll benefit my neighbor or my family member or my community, and by doing so will help uplift all those around me and our entire society will benefit,"  Hounanian said.

In Washington, there hasn't been too much long-term change enacted yet. Republicans are by and large opposed to student debt cancellation, and there has been some back and forth between Democrats over whose responsibility it is to implement a solution.

While President Biden was running for president, he discussed student debt on "The Late Show with Stephen Colbert."

STEPHEN COLBERT: Is now a time to forgive student debt and then restructure how we pay for college so we're not here again in 10 years?

PRESIDENT BIDEN: The answer is yes. That’s why I proposed, and in the House Nancy put it in the plan, to immediately provide $10,000 in debt relief as stimulus, right now. Right now, for students.

It's been over a year since President Biden took office and nearly two years since that "right now” comment, and most folks with student loans are still waiting for that $10,000 in relief.

The Biden administration has canceled $17 billion in student loan debt already, more than any other president. But that’s a drop in the bucket compared to the $1.6 trillion estimated overall student loan debt. It’s already helped more than 700,000 borrowers, including those who were eligible due to their public service work and people who attended for-profit colleges.

The White House said in early 2021 that it would have the Education Department try to figure out how much the president can do to help borrowers via executive action, but over a year later, that memo has not been made fully public yet, as a public records request from activists at the Debt Collective had the body of the memo completely redacted.

In the meantime, the Biden administration has said that, legally speaking, it’s up to Congress to pass that relief. But many Democrats in Congress believe that the power lies with the president and that President Biden can cancel $10,000, or even $50,000 per person in debt with the stroke of a pen.

"The administration should take further action to cancel up to $50,000 in student loan debt per borrower," said Senate Majority Leader Chuck Schumer.