How Lincoln Chafee Justified A Vote He Wasn't Prepared For 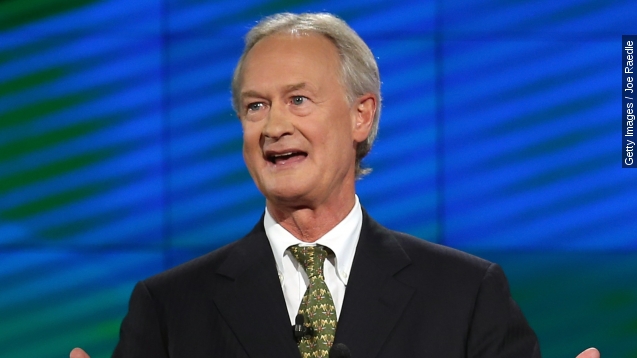 SMS
How Lincoln Chafee Justified A Vote He Wasn't Prepared For
By Eugene Daniels
By Eugene Daniels
October 14, 2015
The former Rhode Island senator has an excuse for voting to repeal the Glass-Steagall Act.
SHOW TRANSCRIPT

Lincoln Chafee asked for some slack on his vote for the repeal of Glass-Steagall because ...

"I was appointed to office; it was my very first vote.

"Are you saying you didn't know what you were voting for?"

"I'd just arrived to Senate."

Critics of the repeal of Glass-Steagall say it led to the financial collapse of 2008.

Chafee is right about one thing. He was sworn in on Nov. 4, the same day as the final vote.