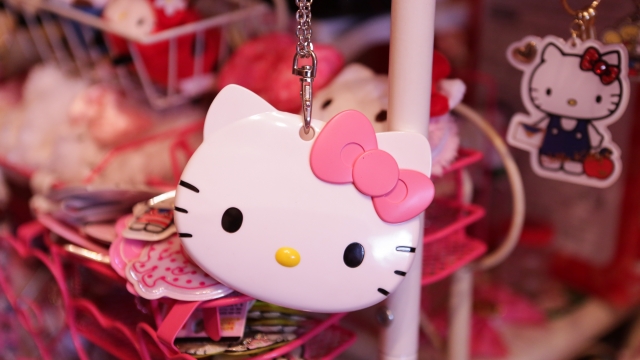 Kawaii is all around us. Just about every toy aisle and Etsy shop and coworker's desk.

A quick, unofficial "kawaii" translation might go something like: "Awwww, that is so cute. Don't you want to just squeeze it?"

Yep. You're an adult fawning over a fuzzy, giant-eyed animal pillow.

That’s the power of "kawaii," an ancient Japanese word.

In earlier uses, it meant "lovable."

Today, according to Merriam-Webster, it's more a blend of "cute," "tiny" and "lovable."

Kawaii "communicates the unabashed joy found in the undemanding presence of innocent, harmless, adorable things," is the way a Tokyo professor who specializes in cute studies put it to CNN Travel.

If all that seems a bit academic, just think about Hello Kitty, who's been around since '74. By the way, Hello Kitty even had a bullet train for a few months in 2018. She's popular.

But here’s the question: Why are we attracted to cute? Why does cute do something to us, even as adults? A New Yorker article has this cultural theory: People living in developed countries are searching for meaning and comfort in a "post-industrial haze," meaning lowered expectations and less certainty and security. Cute and cuddly helps.

Then there is the psychological factor: basic evolution.

Some psychologists say "cute" taps into our natural programming to respond to helpless infants and protect them, ensuring that the next generation survives. And maybe it even taps into a longing for the innocence of our own childhood.

Neuroimaging data back this up. People have rapid responses to infant faces — the reaction shows up in the orbitofrontal cortex, but it doesn't show up when people see adult faces. Thermography research also shows that people’s faces heat up — flush — when viewing a baby's face.

A study at the University of Hiroshima had some especially surprising results.

People's performance on fine motor dexterity improved after looking at cute images of puppies and kittens. The conclusion: Viewing cute images narrows our focus. The researchers recommended having cute images and objects in the work space to improve productivity.

Maybe that means that next time you're looking at cat videos at work, you're building the company's bottom line.

Or, better yet, tell your boss you’re doing some serious kawaii research.