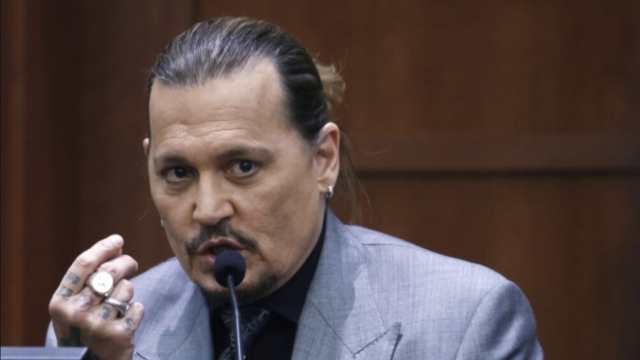 SMS
How Johnny Depp's Libel Suit In The U.K. Differs From Virginia Case
By Luke Hanrahan
By Luke Hanrahan
May 26, 2022
Johnny Depp lost his libel suit in the U.K. in 2020 after a judge decided the case. Now in Virginia, a jury will make the verdict.

In 2020, Johnny Depp lost his U.K. court case after a judge, and no jury, concluded he assaulted his ex-wife Amber Heard on a dozen occasions and left her in fear for her life.

The libel case at the London court centered around an article in the U.K.’s biggest tabloid, "The Sun," which claimed Johnny Depp was a "wife beater."

After a three-week trial, the judge found the piece to be “substantially true."

The trial in the states is covering the same ground, so what’s the difference between the London case and the case being heard in Virginia?

The biggest difference may well be that there wasn't a jury in London, while there is in Virginia.

“It’s quite clear that the media, and to large extent in terms of the PR war on social media, that Johnny Depp is winning that hands down," legal expert Mark Stephens said. "He’s also got a much more powerful legal team than Amber Heard has in Virginia. She is being outgunned quite considerably. I think it’s reasonable to expect a different outcome.”

Two cases with the same simple question at their heart: Was Johnny Depp abusive toward Amber Heard?

In the U.K., people have been glued to the coverage.

“It’s really unbelievable, considering what’s going on in the world, the amount of coverage it’s getting," said Elma O'Reilly, a London resident. "If you follow Twitter, it's everywhere and everyone is talking about it. You don’t even have to ask who they are, everyone is just talking about it.”

“I think that it’s so big because everyone has an opinion about which way it should go, and I think that everyone is interested to see whether the same outcome happens in America as happened here," said Sarah Cohen, a London resident.

“I feel like people feel like they know Johnny Depp because they’ve seen him all over the screens – particularly in 'Pirates of the Caribbean,'" said Eliza Lerkey, a London resident. "People seem to have an invested interest in celebrities, so it the media coverage doesn’t surprise me.”

Johnny Depp appears to be winning in the court of public opinion, but it’s now the job of an American jury to deliberate over the evidence and testimony that led a British judge to rule against Johnny Depp.