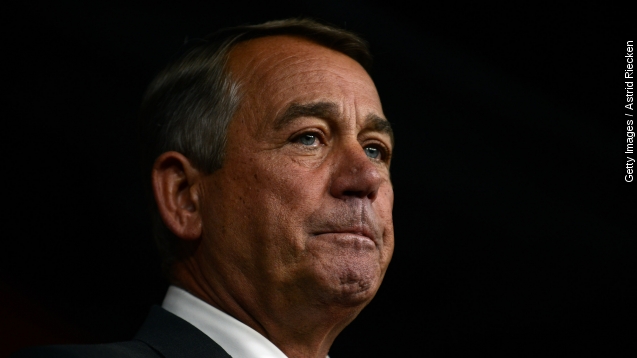 John Boehner's decision to step down as speaker of the House comes during crucial government shutdown talks. Great timing, right?

And the U.S. government is two months from shutting down.

These two things might not mix. (Video via C-SPAN)

The government looks to have avoided a Thursday shutdown, but the solution is just a stopgap.

The president had tapped John Boehner to help hash out a long-term solution.

"It's become clear to me that this prolonged leadership turmoil would do irreparable harm to the institution," Boehner told a press conference.

But Boehner will step down in October, which has some Republicans worried. (Video via PBS)

The Hill says members of his party think his lame duck status means he won't be held accountable for the deal.

But with two months to go before the new Dec. 11 deadline, it's not clear how much of an impact Boehner will have. The party establishment is looking to push through a vote on the new speaker next week before opposition from party Conservatives gains steam.

Those Conservatives, who have tried to leverage the shutdown to defund Planned Parenthood, aren't happy. (Video via House Committee on Oversight and Government Reform)

"We simply want to shift the money from an organization caught doing what they were caught doing and give it to the community health centers," Rep. Jim Jordan said during a hearing on Planned Parenthood.

Still, the majority of the GOP wants to avoid another shutdown crisis ahead of next year's election.