How Japan's Nuclear Fears Pit It Against US Climate Push 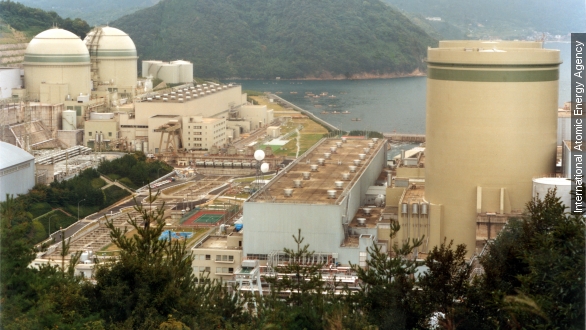 Japan is trying to restart its nuclear program.

But four years on from the Fukushima nuclear disaster, it seems the biggest thing standing in its way is the Japanese people. (Video via RT)

The country has seen protests against Prime Minister Shinzo Abe's nuclear restart plan, and on Tuesday a judge in western Japan sided with the people. (Video via CCTV)

Well, at least the nine people who filed an injunction against restarting two nuclear reactors in Takahama. They argued the reactors wouldn't withstand the kind of earthquake that triggered Fukushima. (Video via NHK)

The country's 18 nuclear plants have all been closed following 2011's meltdown, which is a big deal for a country that relied on nuclear power for close to 30 percent of its electricity.

As Foreign Policy writes, in the meantime, imported fossil fuels have been filling that gap. "Coal will be the only baseload option left to power about 30 percent or more of the Japanese electricity sector, a significant uptick compared with the pre-Fukushima period and a stark contrast to other advanced economies, like the United States."

Under the Obama administration, the U.S. has been making an international push for greener energies going forward, including deals with Japan's regional rival China. (Video via The White House)

Japan's controversial nuclear restart plan would only have nuclear power contributing about 20 percent of the country's electricity, and that's by 2030.

Which looks like a significant step back for the country that hosted the first substantive agreement on greenhouse gas emissions in 1997's Kyoto Protocol. (Video via NBC)

Given Japan's economic crisis — the country just emerged from a long recession in February — it's not surprising that it would spring for cheap power like coal. (Video via Sky News)

For now, it looks like the country could have at least two reactors up and running by the end of the year, with a plant in southern Japan given the green light to restart operations.

This video includes images from Getty Images and the International Atomic Energy Agency.