Drag It Through The Garden: The Chicago Hot Dog's Immigrant History 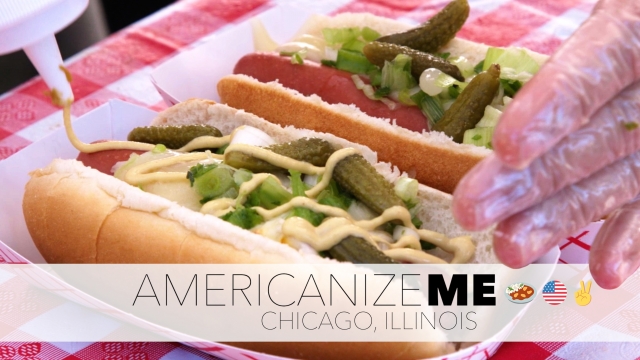 You might think of hot dogs as an American staple — as American as baseball. But like most things in the states, hot dogs came from somewhere else and so did the ideas that led to the Chicago-style hot dog. We went to the Chicago Hot Dog Fest and sat down with a local historian to learn more about how the Windy City dog got its start.

"Selling hot dogs was a great entry-level job for immigrants," said Russell Lewis, a historian at the Chicago History Museum. "You have a very large population of Germans coming to Chicago. And what they're bringing is their sausage tradition."

"Especially as America in the 21st century is becoming more urbanized, the pace and speed and live is increasing," Lewis said. "People are looking for on-the-go cheap food. It really was the first fast food."

Greeks and other ethnic groups also owned veggie stands, so it didn't take long for vendors to combine greens with meats.

Thirty-thousand first- and second-generation Greek Americans lived in Chicago by 1930.

"You got some competition among these immigrant vendors, and so they're looking for ways to distinguish their hot dogs from the other guy," Lewis said. "I dragged mine through the garden. I don't know about you, but look at mine."

And because the Chicago-style dog has a garden on it, you don't add ketchup. That's one of the more contentious condiments when it comes to decorating a Chicago-style dog. Locals say ketchup overpowers the taste buds.

On whether it's reductive to call this dish of varying immigrant influences the "Chicago-style hot dog," Lewis had this to say:

"That's what America's all about. ... We are a melting pot of cultures."