What's Herd Immunity, And Why Does It Matter? 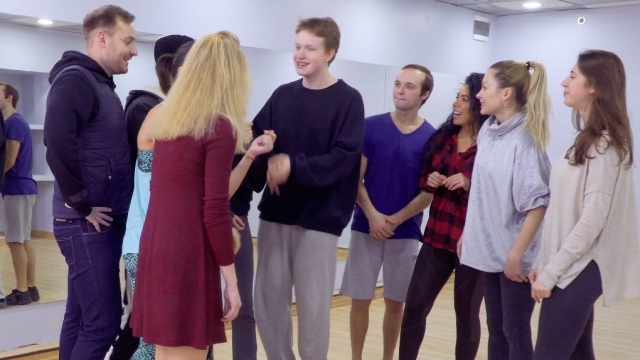 SMS
What's Herd Immunity, And Why Does It Matter?
By Lindsey Theis
By Lindsey Theis
February 20, 2019
So far in 2019, 10 states have reported 127 measles cases to the CDC. Measles can get more dangerous as it spreads, because it reduces herd immunity.
SHOW TRANSCRIPT

So far this year, 10 states have reported 127 measles cases to the CDC. The CDC has partially blamed the anti-vaccination movement for the spread of the disease — and as it spreads, it can get more dangerous, because it reduces something called herd immunity.

Herd immunity, or community immunity, is the idea that when enough people are vaccinated against a certain disease, the germs can’t transfer as easily from person to person. The entire community is less likely to get sick — even people who aren’t vaccinated.

"Herd immunity is important for everyone, but particularly certain subgroups of patients. Certain children with immune deficiencies or who are on immunosuppressive medications if they've received an organ transplant or have certain types of cancer, and are not able to be vaccinated against vaccine preventable diseases," Dr. Jonathan Brigham, a pediatric hospitalist at Rocky Mountain Hospital for Children told Newsy. 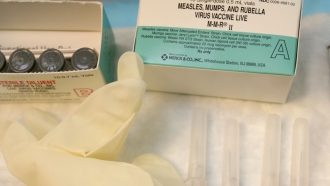 Why Measles Outbreaks Still Happen, Even With A Vaccine

Herd immunity thresholds vary from disease to disease depending on how contagious it is. For example, with measles, 90 to 95 percent of a community needs vaccination to have herd immunity. But for polio, only 80-85% of the population needs a vaccine.

Nationally, the 2017–18 school year median kindergarten vaccination coverage for MMR was about 95%. But according to the CDC’s 2018 vaccination data, Some places, like Washington DC, Colorado, Idaho and Kansas have MMR vaccination rates under 90 percent.

The good news is we know herd immunity works. As recently as 2000, vaccination was so widespread that the CDC considered measles eliminated in the U.S. Now, in states like New York, lawmakers are proposing new laws to end non-medical exemptions to vaccination, which would boost herd immunity.