How Has Our Approach To Treating PTSD Evolved? 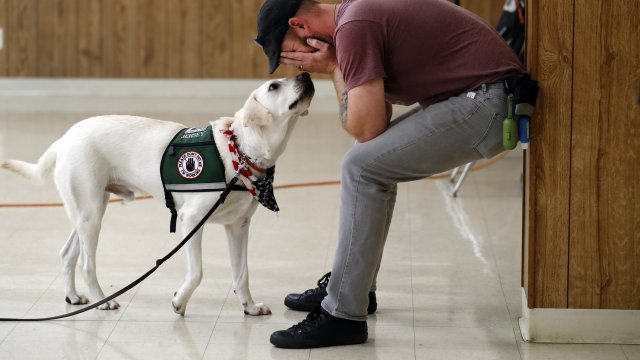 From veterans of American wars to victims of sexual assault, the long-lasting effects of trauma touch all parts of society.

Normal lives include stressful moments, and heartbreak, and then those moments pass.

But with PTSD, the psychological effects can linger years after a traumatizing event.

The U.S. Department of Veterans Affairs says patients with PTSD have above-average rates of suicide.

British soldiers in World War I called it shell shock.

Some officials said the patients were cowardly, and used discipline to punish those suffering from trauma.

But doctors found that prompt psychological treatment could help some soldiers regain some normality.

Wars in the Middle East created a new generation of veterans exposed to psychological and physical trauma.

And doctors now appreciate that millions of civilians experience trauma as well.

Traumatic episodes can be triggered by sensations that conjure memories and feelings of the original event.

One goal in treating PTSD is to desensitize patients to their traumatic memories.

This can be done through exposure therapy, in which patients repeatedly confront their memories.

Or through EMDR, in which eye movements or tapping on either side of the body seems to help the body and mind process difficult feelings.

Another strategy is cognitive behavioral therapy, in which patients work on ways to react to unpleasant thoughts and emotions.

Other approaches focus on the body, including movement, dance, drama or music.

Many patients can recover from PTSD and live long fulfilling lives.

But the power of lasting trauma can prove overwhelming for some.

Jacob George served three tours in Afghanistan. Later, through music he spoke out against war and in support of others living with trauma, especially veterans.