How Great Is The Threat Of An ISIS Attack On US Soil? 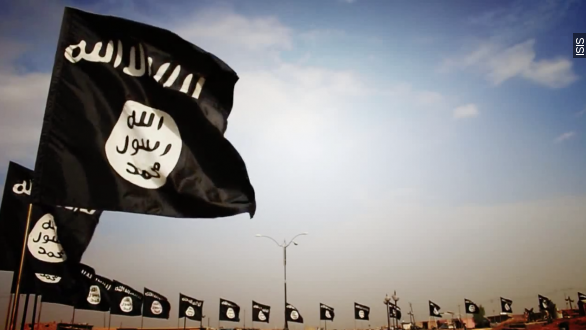 SMS
How Great Is The Threat Of An ISIS Attack On US Soil?
By Jake Godin
By Jake Godin
May 7, 2015
An apparent ISIS supporter released a threat saying the terror group has soldiers in various U.S. states, but how credible is such a threat?
SHOW TRANSCRIPT

ISIS claims it's in the U.S. Is the media overreacting?

"This is a Fox News alert and do not kid yourself, ISIS is here," said Fox News' Greta Van Susteren on Wednesday.

"New concerns that ISIS may be plotting an attack on U.S. soil, a member of the terror group tweeting, 'You ain't seen nothing yet,'" reported CNN's Alisyn Camerota.

On Tuesday, a new threat originated in an online posting made from an apparent ISIS supporter. In it, the person claims ISIS has soldiers in various U.S. states.

And judging from the reaction of some U.S. media outlets, one might think the claim actually held some weight. But does ISIS actually need to have to be in the U.S. to be an issue?

Claiming to have "soldiers in the U.S." runs in the same propaganda vein as the group's high-minded claims it'll conquer everything from Rome to the U.S.

Random Internet posts or tweets from people claiming to be a part of ISIS are not the same as the group actually masterminding attacks in the U.S., like Al-Qaeda did in the case of the 9/11 attacks.

Where ISIS does seem to have an advantage is in using social media to inspire lone wolf attacks.

"For the first time, ISIS claims responsibility for an attack on American soil and warns more are to come," reported CNN's Pamela Brown on Tuesday.

ISIS' claim that the two Texas gunmen were actually soldiers of the group is certainly suspect at best.

Speaking to Time, the head of The Intelligence Project at the Brookings Institution was doubtful of a direct connection, saying police would have been able to confirm one "fairly easily" using phone or computer records.

But there's evidence at least one of the shooters, who had been previously investigated for jihadi activities, had interacted with known a ISIS fighter in the past on Twitter after he called for an attack in Dallas.

In a February speech, FBI Director James Comey revealed the department was investigating extremists in various stages of radicalizing in all 50 states. Not all were necessarily aligned with ISIS, though he said they were a major player in inciting radicalization.

So while ISIS may not physically be in the U.S., its ability to inspire pre-radicalized extremists to perform their own attacks is still something to be wary of.