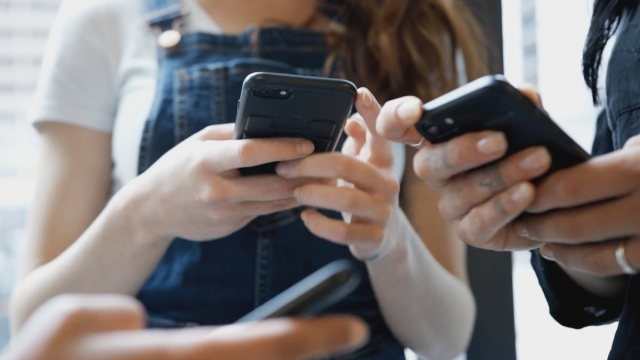 A style of speaking known as African American English has been used by young White people more recently, which can lead to appropriation.

While some people call it Gen Z slang or Gen Z lingo, these words actually come from Black culture, and their adoption among a wider group of people show how words and phrases from Black communities seep into more mainstream communication.

It's so important that the Oxford Dictionary, the so-called "definitive record of the English language," started a new research project compiling words and phrases from the style of speaking commonly known as African American English, or AAE, into a dictionary for the first time.

Deandre Miles-Hercules, a Ph.D candidate in linguistics at the University of California Santa Barbara, says this style of language came from a type of English spoken by enslaved people. Since enslaved folks were taken from various communities with different languages in Africa, they couldn't communicate with each other, so they came up with their own English.

"Starting around the 1910s during the Great Migration when Black Americans began to move out of the South in the postbellum period after the Emancipation Proclamation to major cities further north especially in the Midwest... they took the linguistic variety with them, which is why now you see Black Americans speaking a similar shared variety across the United States," Miles-Hercules said.

There are also other similar terms to describe this way of speaking, like African American Vernacular English, or AAVE, which isn't as widely used today. That's because the word vernacular refers to informal language, like so-called "street speak," and academics wanted a broader term that encompasses informal and formal uses of language.

African American Language, or AAL, is another term that is broader and includes aspects of language that can't be interpreted, like facial expressions or other gestures common among Black people.

So, there's AAE, AAVE and AAL.

These forms of communication — informal, formal and non-verbal — make up the various ways Black Americans have spoken to each other.

While the words used today might seem like slang, calling it slang doesn't necessarily paint the full picture. Slang is defined as words that typically don't last more than a generation, like "groovy" or "nifty" in the 1970s.

When words are taken from a lexicon, a group of stable words that don't come in and out of style, that's something entirely different.

"When people refer to African American slang or Black slang, often what they're referring to are words that belong to the African American English lexicon that they are just now hearing about, but that may have been around for decades," Miles-Hercules said. "So, examples of this are words like boogie or to drag someone or to read somebody. These are things that people have been saying for since long before I was born."

Across borders, online, on our phones, the way we talk is changing.

Today, these words are not only used by Gen Z but by young White people, more specifically. People have brought attention to who is adopting these words.

One "Saturday Night Live" skit called "Gen Z Hospital" was supposed to make fun of the way young people talk, but people on Twitter pointed out many of the words they used actually come from AAE.

"The kind of usage of African American English vocabulary or sometimes slang by young White people in particular is a relatively recent phenomenon," Miles-Hercules said. "I would tribute it to the rise of social media because it creates a digital space where you don't have to actually be in proximity physically to someone to access their languages or their culture, right?"

Miles-Hercules explains that this wasn't seen as as much before the 21st century because the U.S. has always been segregated. While the segregation still exists in some parts of the country, the rise of the internet changed the way we connect with each other.

"If you're not physically within that community and talking with members of that community on the day to day, you wouldn't come across the slang in decades past, but we live in a world now where there's TikTok and Snapchat and reality TV and YouTube and Twitter," Miles-Hercules said.

A lot of these terms and phrases aren't necessarily exclusive to Black communities; they're accessed and adopted by a wide range of folks. But when this language gets reused by non-Black people and masked as something that's new and created by Gen Z, this leads to appropriation of Black culture. Plus, some of what's being used now was looked down upon before going mainstream.

AAE and other variations have a long history of being deemed "lazy" and "ungrammatical," but in 1997, The Linguistics Society of America released a statement saying those characterizations were incorrect.

When Black people have used this way of speaking, they have faced racism and discrimination for not following "proper" English grammar rules. But when non-Black people use AAE, they are able to avoid the discrimination that comes with it.

Beyond Gen Z's using of AAE on social media, big name celebrities have also been in the news for using it, like singers Olivia Rodrigo and Billie Eilish and actress Awkwafina.

Miles-Hercules said explains what's so damaging about their usage.

"I think it's important not to treat linguistic and cultural appropriation as innocuous or as a fad," Miles-Hercules said. "I think language carries capital, and there is a very close relationship between cultural, social and financial capital, such that Black culture historically has been monetized in the process of appropriation."