How France Got Its Own Republican Party 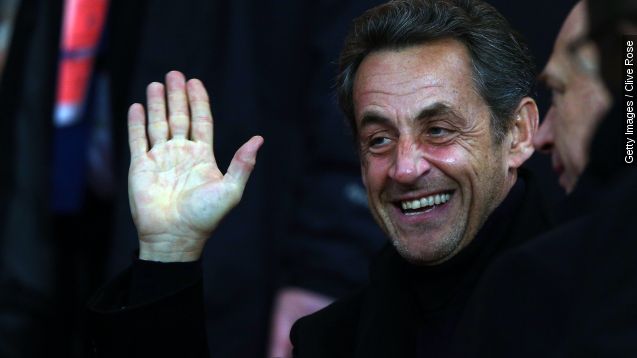 Before Cam-Bam, there was Sarkozy and Bush: the original trans-Atlantic bromance.

At a time when anti-U.S. sentiment in France ran deep, France had a president who vacationed in the land of freedom fries and wasn't at all shy about his love of American values. So much so, his critics started calling him "Sarko The American." (Video via NBC)

As if he hadn't already earned the nickname, Sarkozy and his supporters have renamed their center-right Union For A Popular Movement Party, the Republicans. (Video via Europe 1)

Now, supporters are quick to point out the new name derives not so much from the Grand Old Party but from the old French Republic — you know, the one that abolished the monarchy.

Whatever the origin, it's a much needed rebrand. The party has had its fair share of infighting and scandals over the years, several concerning Sarkozy himself.

All this, as Sarkozy eyes his big political comeback — which might strike some as a bit odd, seeing as he promised to get out of politics for good when defeated by Francois Hollande in 2012. (Video via France 2)

His exact words were, "You won’t hear from me again."  Except that we've heard a lot from him.

Although the next presidential election is still years away, Sarkozy has made no secret he plans to run, writing on his Facebook page last year, "I love France too much."

The fact that his likely opponent has had the lowest approval rating of any modern French president also probably affects his calculus. (Video via French President)

Both Sarkozy and Hollande have their work cut out for them, assuming they do run. A recent poll found three-quarters of French voters don't want either man on the ballot.