How Flavored Water Can Help Your Kid's Nighttime Cough 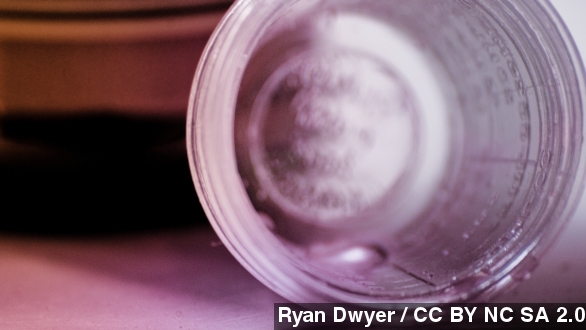 Regular water can help ease your child's cough... if presented the right way.

This new study is reinforcement for parents who like to use natural remedies for their children's nighttime coughs.

Honey is an especially popular one. It was discovered to have "superior" effects to no medicine in children and teens ages 2-18 years old, according to a 2007 study published by the National Institutes of Health.

But honey has its drawbacks for certain age groups. Children younger than 1 are prohibited from consuming honey, as it has the potential to cause botulism, a paralytic and potentially fatal disease.

According to the authors of this new study, pasteurized agave nectar doesn't pose the same risk to children younger than 1, though only ages 2 to 4 were examined. But these findings are important for parents who struggle with remedies for kiddos' coughs in that 2-4 age group.

Currently, the American Academy of Pediatrics states that "Non-prescription cough medicines are not recommended" because the U.S. Food and Drug Administration has found no health benefits in over-the-counter products for children younger than 4.

So ... flavored water? Agave nectar? You might be wondering how these two could possibly have positive outcomes on calming kids' coughs. It turns out it's all down to the placebo effect.

"What if you found out the medicine your doctor has been giving you wasn't proven to make you feel any better, but yet you did get better? This is called the placebo effect. It's one of the strangest and least-understood phenomenons." (Video via YouTube / Plethrons)

Doctors have long sought the placebo effect as an enigmatic test cure for all sorts of medical problems. Different findings report decreased pain after dental operations, decreased hypertension and improved quality of live after pacemaker implantation surgery, all thanks to the placebo effect.

Harvard Health Publications explains: "Recognize that it may be 'in your head' — but there's nothing wrong with that. Behind the subjective experience of feeling better (and worse) are objective changes in brain chemistry."

In this case, the authors of the double-blind cough study postulate subjectivity on both sides. Kids felt treated and soothed by their parents, and parents felt like they were giving their children useful medicine. Therefore the parents, who reported the kids' symptoms, perceived a positive reaction to the both the placebo and the agave nectar.

HealthDay reports this new study adds strength to the argument the placebo effect is useful. It's cheap, easy to manufacture, and has little to no side effects ... especially in this study, where kids were being basically being served plain old water.

Of course, neither the agave nectar nor the flavored water can cure all ailments. If your child's symptoms worsen, a visit to a health care provider is always recommended.

This video includes an image from Rachel / CC BY NC 2.0.