How Exactly Does A Terrorist Sleeper Cell Work? 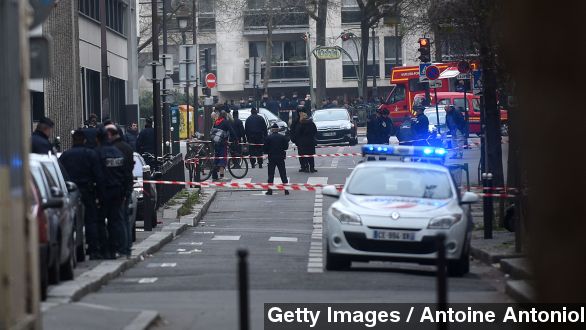 SMS
How Exactly Does A Terrorist Sleeper Cell Work?

By Christian Bryant
January 11, 2015
Talk of sleeper cells is again a major part of the international conversation on terrorism. But what does the term really mean?
SHOW TRANSCRIPT

“The four terrorists, part of an Al-Qaeda cell.”

“The same cell that was sending jihadi fighters to Iraq and Syria.”

“Sleeper cells may have been activated in the last 24 hours.”

So, what exactly is a terrorist sleeper cell?

Sleeper cells are groups of terrorists, often funded by larger networks, who set up in a target country and wait for instructions — sometimes even years before taking action.

Authorities began pursuing what they believed to be sleeper cells hiding out in U.S. cities.

The 9/11 Commission Report revealed some of the terrorists that carried out the attack were once a part of an Al-Qaeda-funded cell in Hamburg, Germany.

And today, sleeper cells are still part of the conversation on national security.

“I think there are sleeper cells not only in France but certainly in other countries and, yes, in our own,” Sen. Dianne Feinstein said on CNN’s “State of the Union.”

In France, the suspects in the Paris attacks were thought to be members of the same terrorist cell, and there’s talk of other cells being activated.

“These two incidents really are linked, both right now and in the past. It appears that the three gunmen that we know about were a part of one radical cell 10 years ago,” NBC’s Bill Neely said.

CNN reports Cherif and Said Kouachi, the brothers suspected of attacking French newspaper Charlie Hebdo, were linked to a known Al-Qaeda recruiter. Cherif and Amady Coulibaly, another suspect, also attempted to break a man out of prison in 2010 who was accused of bombing a Paris metro.

A former Al-Qaeda spy told ABC he believes the group was a sleeper cell planning its attack for years because of how they dropped off the radar of French authorities.

That group later claimed responsibility for the attack, The Intercept reported.