How Earth Science Fared During Trump's First Year In Office 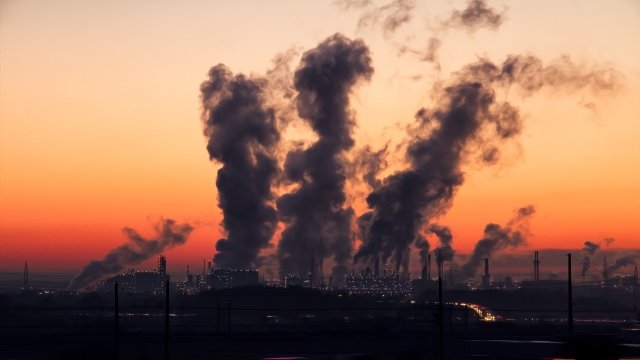 When President Donald Trump took office, some people feared the worst for earth science and for climate policy. But after a year under the new administration, here's what's actually changed.

Trump wasn't too clear on his stance on climate change during the election. He called it a "hoax" and later claimed the Chinese created it. He eventually backed away from those statements, saying human activity and global warming could be connected.

But no matter his stance, some news outlets and scientists see Trump's proposed 2018 budget as an attack on earth-science research. It would slash funding for the Environmental Protection Agency, the National Oceanic and Atmospheric Administration and NASA's earth-science efforts, as well as cancel some climate research missions.

The administration also targeted several Obama-era environmental regulations, like the Waters of the United States rule and Clean Power Plan. Trump even said he'd pull the United States out of the Paris climate agreement, which would make it the only country not on board.

Perhaps the most significant turn of events was Trump's decision to stop recognizing climate change as a threat to national security, saying the U.S. trying to solve climate issues stunts its economic growth.

The National Oceanic and Atmospheric Administration says 2017 is probably going to be among the three warmest years on record.

But many in the science community and even some politicians pushed back. For example, a federal court ruled the EPA must enforce Obama-era regulations on oil and natural gas while the agency drafts a new set of rules.

And more than 130 U.S. cities are still committed to the Paris climate agreement. The U.S. also still supports the Kigali Amendment, which aims to limit refrigerants and coolants that contribute to climate change.

So, if the next three years are anything like this one, earth-science efforts might just hang in there.