How Donald Trump's Son-In-Law Is Shaping His Campaign 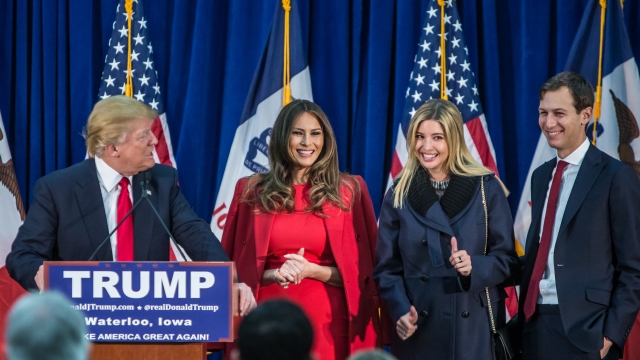 Donald Trump loves to talk about his advisers, but one of the biggest influences on Trump's campaign might not even be a member of his staff.

Kushner is a New York real estate mogul listed on Fortune's 40 under 40 list. Like Trump, he took over his father's business.

Though Kushner has no official role in the campaign, he's reportedly helped smooth out some of Trump's rocky relationships with key figures, including Fox News founder Rupert Murdoch.

At the conference, the GOP front-runner ditched his typical off-the-cuff speaking style in favor of something more scripted, but the speech still managed to draw some controversy.

Kushner owns the newspaper The New York Observer, and one of the paper’s political editors reportedly also helped craft the speech, raising ethical questions about whether a journalist covering the presidential race should have a hand in any campaigns.

Controversy aside, Trump campaign insiders have said Kushner continues to encourage his father-in-law to be more presidential and to connect with politicians.

This video includes clips from PBS NewsHour, TerraCRG and Fortune and images from Getty Images.