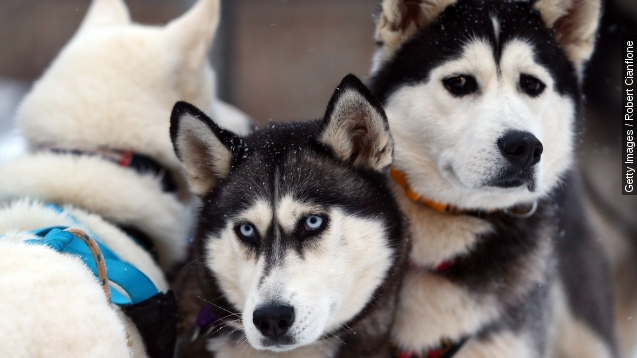 We think we know dogs pretty well: they're cute, they get along with us and they have for a long time. (Video via YouTube / Adventures of my dog, YouTube / Bruno Borges, YouTube / Klaus Seiersen)

But what about where they come from? Beyond wolves, answering that question gets pretty interesting. (Video via BBC)

A good starting point is around 50 million years ago, when canine and feline ancestors diverged.

Early canines were originally ambush predators, like some big cats, but as the landscape changed, so did they. (Video via National Geographic)

These ancestors were a lot smaller than most modern dogs and more suited to life in and around trees — a trait primitive canines like the gray fox have retained.

Grasslands spread, and canines adapted, gradually evolving into the pursuit-predators they are today, unhampered by obstacle-filled forests. (Video via BBC)

And eventually evolved into wolves, which are able to relentlessly pursue their prey in the open. (Video via PBS)

The part that most people know is, as early as 30,000 years ago, humans domesticated the gray wolf. (Video via History Channel)

But exactly where and when that happened is something scientists are still trying to piece together.

"All modern dogs grew together to the exclusion of all modern wolves. ... The hunt is now on to try to find that original wolf population that gave rise to all modern dogs," Oxford researcher Greger Larson told Science Magazine.

By the time they returned accompanying humans some 14,000 years ago, they were dogs. Over time, and a lot of human intervention, they differentiated into countless different breeds, none of which resembles those earliest ancestors. (Video via Transkei Animal Welfare Initiative, American Kennel Club)

This video includes an image from Leonora Enking / CC BY SA 2.0 and Mauricio Anton)