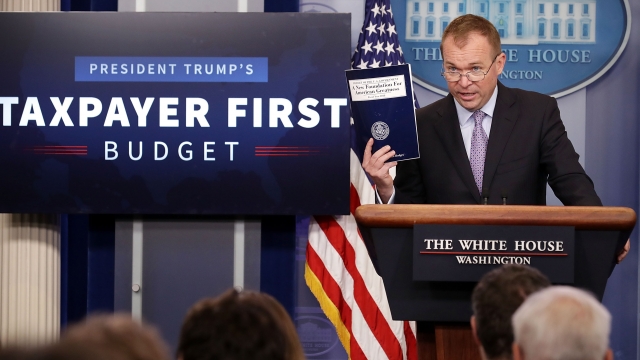 Does President Donald Trump's budget cut funding to Medicaid? The White House says no, but some estimate the program's funding will be cut by as much as $1.4 trillion.

"To most people, plain language, slashing Medicaid would mean we spend less next year than we did this year. That's what a slash means, right? That's what you hear? No. That's not true," said Office of Management and Budget Director Mick Mulvaney.

The budget also claims reforms to Medicaid will save $610 billion in the next 10 years. Those savings mostly come from changing how the government doles out money to states.

Add the AHCA's $880 billion cut to the budget's $610 billion in savings, and you've got the $1.4 trillion number that's being thrown around.

What effect would Trump's budget have on Medicaid? We don't really know.

But it's up to Congress to decide what the final budget looks like, and it's likely to look very different from Trump's.