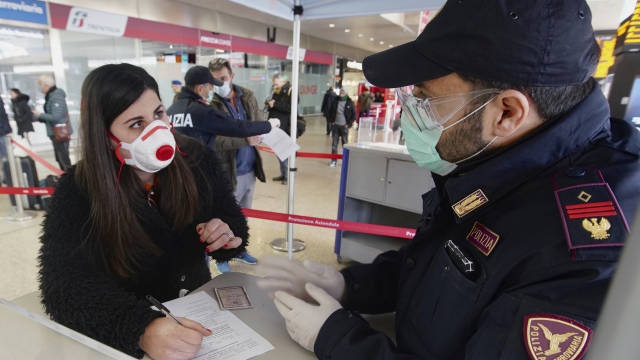 The last pandemic the world experienced was the H1N1 flu in 2009.

Coronavirus cases and deaths continue to rise around the world. Let's put the numbers in context and look at the last pandemic the world experienced — the H1N1 flu in 2009.

The first human case of H1N1 was confirmed on April 15, 2009, in California. Twelve days later, Mexico became the first country to report any deaths. One month after the first H1N1 case was detected, there were over 7,500 cases in 34 countries around the world, and 65 deaths had been reported.

On June 11, 2009, just over eight weeks after the virus was detected, the World Health Organization declared H1N1 a pandemic. At that point, there were more than 28,000 cases worldwide and 144 deaths.

Compare those numbers to the coronavirus stats. On the day the WHO declared a pandemic, there were over 118,000 confirmed cases worldwide and nearly 4,300 deaths. Those numbers are significantly higher than what we saw in the first months of H1N1.

The WHO said the speed and scale at which the coronavirus is spreading is what pushed them to declare it a pandemic.

The WHO attributes nearly 18,500 deaths to the H1N1 pandemic. But those are just lab-confirmed deaths. The actual impact was much larger. In the first year of the H1N1 virus, the CDC estimates there were over 60 million cases just in the U.S. and between 151,000 and 575,000 deaths worldwide.