How Did Scientists Appear To Eliminate HIV In A Second Patient? 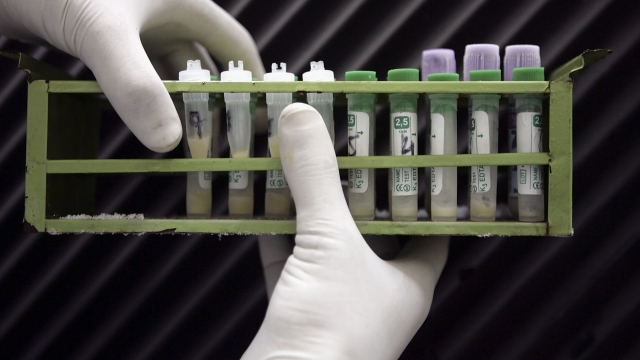 A team of scientists appears to have pulled off a feat that's only been documented once before: eliminating HIV from a patient using a stem cell transplant.

More than a decade ago, that approach proved to be successful in a case referred to as "the Berlin patient." Now, a man known as "the London patient" seems to have seen a similar outcome.

But how exactly did they do it? And could this be a step toward finding a cure?

First, it's important to understand what HIV is.

HIV is a virus that destroys infection-fighting cells, making it difficult for the body to fight infections and diseases. It's currently treated with antiretroviral medication, which suppresses the virus and prevents it from multiplying.

Scientists have been working to find a treatment option that doesn't involve taking daily medicine. Some have turned to the emerging field of immunotherapy, which shows promise in treating cancer and autoimmune diseases.

In that vein, stem cell treatments have been key in developing cells to heal parts of the body. Stem cell transplants have been approved by the FDA to treat cancer, but not for broader use. While it's shown to have been effective, federal health regulators still consider it to be experimental.

Back to the London patient. He was put on antiretrovirals after being diagnosed with HIV in 2003. Then, in 2012, he was diagnosed with a rare form of blood cancer, making him a candidate for a bone marrow transplant.

After rounds of chemotherapy and radiation, the London patient was ready for a transplant of stem cells typically found in a person's bone marrow. But here's the important part — the marrow donor carried a rare genetic mutation that made them resistant to HIV.

The results? Following the procedure, doctors detected no HIV in the London patient's blood, meaning the transplant successfully replaced his white blood cells with the HIV-resistant cells. Doctors took the London patient off of his antiretroviral drugs, and he's been in remission for 18 months.

Professor Ravi Gupta, who led the group of researchers, says this method wouldn't be appropriate for all HIV patients, like those who don't have cancer. But he hopes the findings will encourage new gene therapies and serve as jumping-off point for future treatment.

In the meantime, researchers are still monitoring the London patient's condition. They hesitate to call him "cured," saying it's too early to jump to that conclusion.