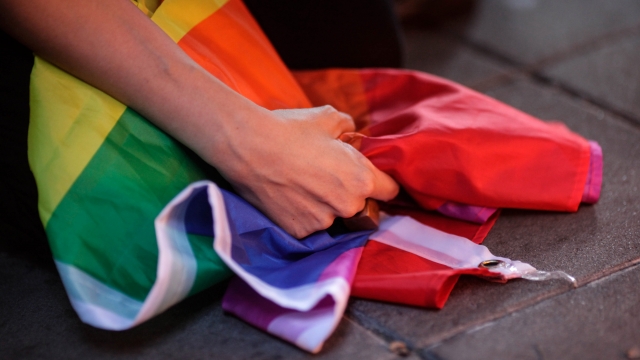 SMS
How Cultural Norms Make It Hard To Come Out As Gay To Asian Parents
By Cat Sandoval
By Cat Sandoval
June 28, 2019
Coming out to Asian parents can be extra hard when being gay is seen as a white, Western concept.
SHOW TRANSCRIPT

Eugene Lee Yang’s “I’m Gay” coming out video opens with the Korean American filmmaker and his family. While his siblings act out the traditional gender roles of their parents, Eugene puts on lipstick like his mom — until his dad sees him.

"The coming out experience in the white community is often an event: 'I'm here I'm queer, get used to it.' But for Asians, it's a very long process, I'm kind of talking 10 to 15 years, where we don't want to always center ourselves, we want to respect our parents because they have sacrificed so much for us."

As the executive director of the National Queer Asian Pacific Islander Alliance, Glenn Magpantay is very familiar with the unique challenges of coming out when you’re Asian. The biggest one starts at home. In fact, according to a 2019 Human Rights Campaign report, only 19% of Asian Pacific Islander youth who identify as LGBTQ feel comfortable being themselves at home.

Magpantay: "You know, for Asians coming out, we have to think about the ancestors, my goodness what Americans thinks of their ancestors when they come out? But for Asians, for LGBTQ, Asian Pacific Islanders, South Asians that is critical.”

That sense of duty to ancestors and community is a common Asian cultural value known as “collectivism,” versus the “individualism” associated with the West. 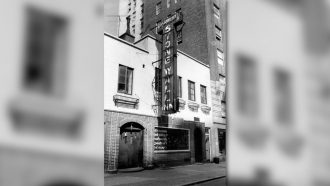 Coming out has some real consequences. According to NQAPIA, "nearly one in three Asians in the U.S. live in states where they are at risk of being fired, refused housing or denied services simply because they are gay."

Another Western concept in the eyes of Asian immigrants? Being gay. Scholars have pointed out that some Asian languages don’t even have the vocabulary to describe it. It can be so hard to come out to Asian parents...some people can’t even do it in person, if at all. YouTube personality Chris Lam found a way around this.

Lam: "I came out to my parents through Facebook Messenger actually, and this story that oddly enough gets laughs from people, it's because they think that I'm joking,but I'm not joking at all." 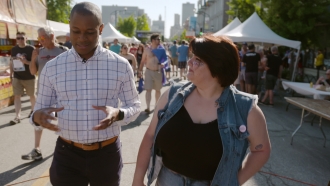 Akana: "I got drunk and I won an award at Buffer festival and when I was allowed to engrave the award I did this. And then I promptly sent to my parents, because I figured it was easier for Asian parents to stomach if it's engraved in an award.

Lam and Akana are lucky their parents were accepting. Magpantay says some Asian parents may find queer identity such a foreign concept because the media associates it so heavily with whiteness.

One of the things that Asian parents tell us is that their kids can't be gay, because all the gays are white. And if you look at popular media images, if you look at the images, who are speaking out about gay rights on Asian ethnic TV, and Asian newspapers, is all it is often white spokespeople, and the agenda, and the community is much broader than that.

Currently, there are some Asian and LGBTQ characters in film and TV—a GLAAD survey found six of them featured in films in 2018. But Magpantay and Lam say it’s not enough when there are an estimated 325,000 Asian Pacific Islanders in the U.S. who identify as LGBTQ. Fortunately, it’s a problem with a solution—increased representation. Magpantay suggests Asian parents can also be reached through targeted campaigns in their own languages.

"There's so little information that's out there, and little information that's out there in our native languages…"We need people saying that in Korean, and Bengali and Hindi and Lao. So many of us are looking for more images of our parents, and of our community that is more diverse. And so our parents struggle with accepting us as LGBTQ kids, because they can't conceive of someone who's queer, an Asian, and that is all of who we are.