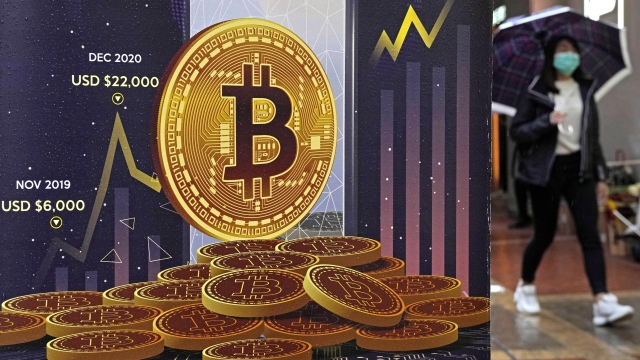 As the cryptocurrency collapse continues, empires with billion-dollar values are continuing to topple thanks to a lack of oversight.

In the world of cryptocurrency, trading firm FTX and its wunderkind CEO Sam Bankman-Fried quickly rose to success and legitimacy in a highly volatile market — inking deals with athletes like Tom Brady and Steph Curry, securing naming rights for the Miami Heat's stadium, and airing a Super Bowl ad earlier this year.

Yet the FTX empire, once valued at $32 billion, has toppled in a matter of weeks, sending shockwaves throughout the crypto industry.

The trouble started earlier this month after reports showed FTX used its own cryptocurrency, called FTT, to prop up a hedge fund owned by FTX. That drew questions about FTX's liquidity and pushed major holders of the cryptocurrency to sell off their tokens — including Binance, a rival exchange which held roughly $530 million worth of FTT.

Customers then went on the equivalent of a bank run, leading to $6 billion in withdrawals over the course of three days. Binance then announced plans to bail out FTX but scrapped those plans shortly after, ultimately pushing FTX to declare bankruptcy.

Analytics firm Elliptic estimates $477 million was missing from the exchange.

"The damage and the impact in this case, with the collapse of FTX, is really a case of the digital asset and crypto industry shooting itself in the foot," said Greg Johnson, co-founder and CEO of Rubicon. "The tale is as old as time. We've seen this type of behavior: lack of governance, lack of transparency, multiple entity formations, creating murkiness in terms of how to see things going on."

The FTX fallout sent already struggling cryptocurrencies even further down in value. On Nov. 9, the same day that Binance announced it would not bail out FTX, Bitcoin fell to fell to its lowest value in two years: $15,554.

"As a financial institution, [FTX] was a very important business in the ecosystem, and we're talking about many tens of billions of dollars being lost here — 50 billion, maybe 100 billion, much bigger than Enron," said Brock Pierce, chairman of the Bitcoin Foundation.

Experts told Newsy the FTX debacle could accelerate talks around government oversight and regulation. In a statement, Senate Banking Committee Chair Sherrod Brown said, "It is crucial that our financial watchdogs look into what led to FTX's collapse so we can fully understand the misconduct and abuses that took place."

"I think most of the industry would be quite happy to know that exchanges cannot mess around with customer deposits and customer fund; they have to prove that their balance sheets are there," Pierce said. "That's one of the functions of regulators is to ensure that financial institutions are not taking risks like we're done here."