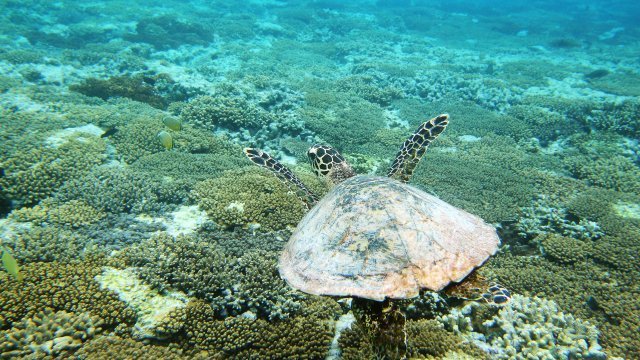 SMS
How Coral Transplants Could Save The Great Barrier Reef
By Tyler Adkisson
By Tyler Adkisson
November 27, 2017
Climate change is causing some of the world's reefs to die out, but researchers think they've found a way to regrow that coral.
SHOW TRANSCRIPT

As climate change makes oceans less hospitable for coral, Earth's largest living structure, the Great Barrier Reef, is showing signs of dying. But scientists think they've found a way to restore it, as well as reefs around the planet.

Researchers collected coral eggs and sperm during a mass spawning event from an island in the Great Barrier Reef. They used the cells to grow coral larvae in a tank and then brought them back to the reef.

When researchers revisited the spots a year later, they discovered some of the coral larvae had survived and grown on the reef. 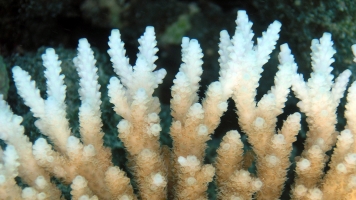 To Save The Great Barrier Reef, Australia Might Try Cooling It Off

Scientists will continue to monitor the new colonies to make sure the technique worked. But that could take a while. When the same team conducted a similar experiment in the Philippines, it took three years for larvae to grow to the size of dinner plates.

And we'll have to wait and see if this could completely save the reef — some experts say it's sustained too much damaged to be fixed.