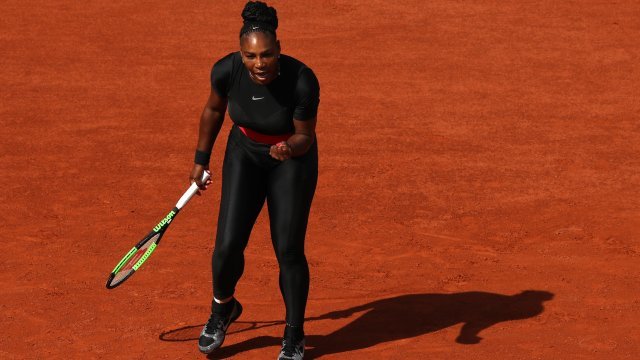 Serena Williams' "Black Panther"-styled catsuit  was banned from the French Open, despite her wearing it for medical reasons. It was criticized by the French Tennis Federation's president for having "gone too far." That criticism may sound a little strange or harsh, but tennis has always had a strict dress code. And historically, female players have been pushing the envelope and changing tennis fashion as we know it today.

In 1919, the "original tennis diva," Suzanne Lenglen, got rid of corsets and petticoats and wore a controversial pleated skirt that went up to her calves, a shorter sleeved top and a head wrap to keep hair out of her eyes. It helped Lenglen play better and she dominated. Lenglen won six Wimbledon championships during her career. 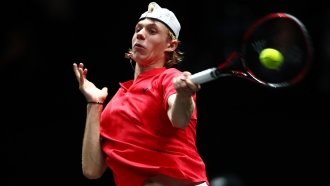 Years later, tennis skirts got a little shorter thanks to Gertrude Moran. In 1949, she wore a pretty daring short skirt that intentionally revealed frilly lace silk panties. This was during the time when the average skirt length fell to one's knees. That move, along with her tennis skills, propelled Moran to fame. And today, short skirts are part of the norm.

Williams wasn't the first player to don a cat suit. In 1985, Anne White wore this to Wimbleton and won her match. White's suit wasn't banned but she was asked to wear something more appropriate during her next matches. At the 2002 U.S. Open, Williams wore a fitted one-piece that drew worldwide attention. It was pre-approved by the U.S. Open. She said, “It makes me run faster and jump higher and it’s really sexy.”

Different tennis tournaments have different wardrobe rules. The French Open isn't a stranger to risque fashion, so it was surprising when they banned Williams' catsuit. For example, during the 2010 French Open, Williams' sister Venus wore a lacy lingerie dress with undershorts that matched her skin. The dress, designed by Venus, was never banned and she won that match.

While others have voiced their support for Williams and her cat suit — some have called the ban sexist and/or racist — Williams squashed the issue saying "everything's fine." Williams has already moved on from her cat suit look, opting instead for a for a black tutu with compression tights at this year's U.S. Open.