How Conservatives Have Made Ebola A Border Security Issue 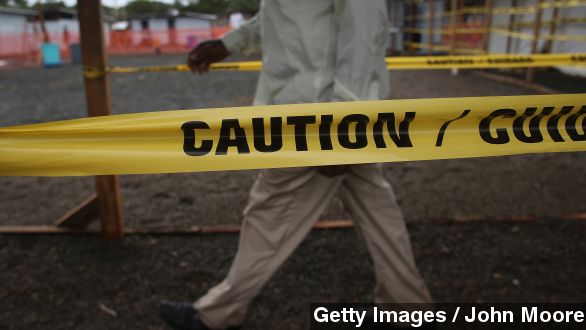 SMS
How Conservatives Have Made Ebola A Border Security Issue

Public health officials have said repeatedly there's no reason to think the U.S. is headed for an Ebola outbreak. But you wouldn't know it based on comments like this.

FORMER ARKANSAS GOV. MIKE HUCKABEE VIA FOX: "If someone with Ebola really wants to come to the U.S., just get to Mexico and walk right in."

NORTH CAROLINA SENATE CANDIDATE THOM TILLIS VIA C-SPAN: “We have an Ebola outbreak, we have bad actors who can come across the border. We need to seal the border and secure it.”

Some politicians on the right have used the opportunity to link the deadly virus to the nation's border security. We didn't find any Democrats making similar claims.

It's a far-fetched assertion for a few reasons. First off, there's yet to be a single case of Ebola in Latin America. Also consider how unlikely it would be for an Ebola patient to even survive the journey across the border.

Here's how the scenario — however ludicrous — could play out, according to one expert who spoke with PolitiFact:

"An African could fly from an infected area, land in a Mexican airport, take a bus toward the border, hire a coyote to take him across and then 'present' with Ebola. … But this presupposes a suicidal person who also has the resources for this kind of travel."

The claims of Ebola-spreading immigrants seem even more unfounded when you also take into account the Department of Homeland Security says "all incoming detainees to screen for any symptoms of contagious diseases of possible public health concern."

Political opportunism could be to blame for some of the misinformation. With midterm elections just around the corner, conservatives are eager to portray the Democrats as incompetent when it comes to protecting Americans from Ebola and ISIS.

NARRATOR: "Evil forces around the world want to harm Americans every day. They're entering our country through Arizona's backyard. Yet Kirkpatrick votes against protecting Arizona." (Via National Republican Congressional Committee)

NARRATOR: "Terrorism experts say our border breakdown could provide an entry for groups like ISIS." (Video via Perdue For Senate)

According to the latest Pew Research polling, just 11 percent of Americans are "very worried" they'll be exposed to the Ebola virus. In an August survey, a greater number — 67 percent — saw ISIS as a major threat to U.S. well-being.