How Colleges Are Handling A High-Risk Time For Sexual Assault 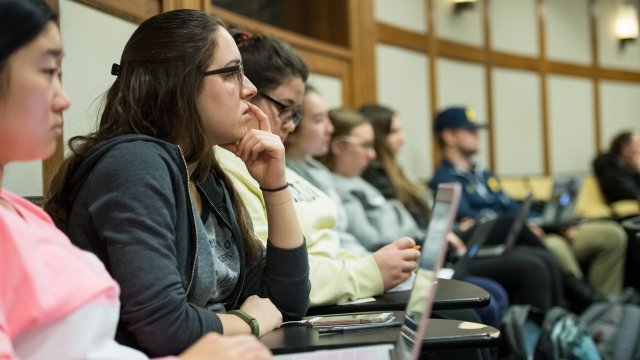 SMS
How Colleges Are Handling A High-Risk Time For Sexual Assault
By Casey Mendoza
By Casey Mendoza
August 30, 2018
Colleges are improving their efforts to prevent sexual assault — and that's especially important this time of year.
SHOW TRANSCRIPT

Sexual assault on college campuses is a cumbersome topic, to say the least, so schools are dedicating more resources to making sure students understand the topic as best as they can. This time of year, those resources are especially important for new students.

That's because of what researchers and assault prevention advocates call the "red zone," the time period when incidences of sexual misconduct and assault are more likely to occur.It starts when freshmen first move in and ends around Thanksgiving break. 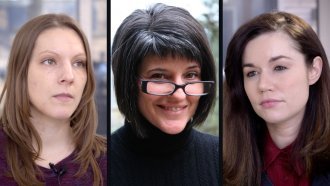 These Women Are Exposing The Scale Of Sexual Misconduct In Academia

If you think about it, this makes sense. Freshman are more vulnerable because they have fewer close friends and less experience with college parties and alcohol. One study found that rapists sometimes use alcohol to incapacitate inexperienced freshmen.

Adding to those vulnerabilities is the fact that many students arrive with little to no education about sexual assault or consent. Some high schools do prepare younger students, but it's not as common or as comprehensive. That's why colleges incorporate assault prevention programs into orientation. Yes, these programs can feel a little corny or maybe too dramatic, but the general goal is to help students understand the topic and make it easier to discuss.

The problem, however, with concentrating education efforts on one specific period of time is that it crams a lot of important information into that one period of time. That's not really effective or sustainable, so experts stress that prevention efforts should be ongoing to make sure the lessons stick.

The other issue with focusing on the "red zone" is that some critics say it holds survivors responsible for preventing their assaults. Because of that, some organizations — like bystander education group Green Dot — don't use the term. Beyond that, many schools and states have also shifted education efforts from the "no means no" mentality to "yes means yes," which stress the importance of affirmative consent and empowerment.

Changes like these may seem small, but overall they show that education and assault prevention efforts can evolve and get better for students.