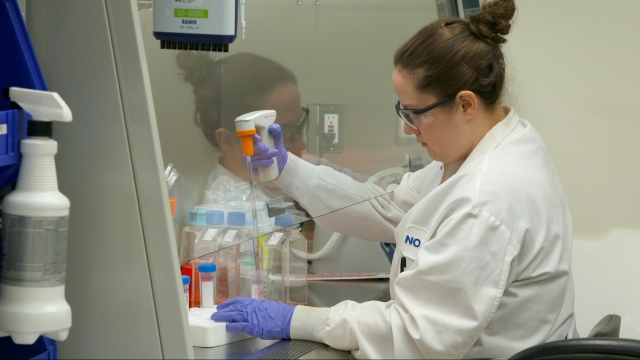 SMS
How Clinical Trials For Potential Coronavirus Treatments Work
By Lindsey Theis
By Lindsey Theis
April 2, 2020
The process of getting a new drug into widespread use takes time — and can't be expedited too much when safety and efficacy are considered.
SHOW TRANSCRIPT

To date, scientists are researching COVID-19 in more than 260 clinical trials worldwide. Nearly 70 drugs and experimental compounds could help in treatment, researchers say.  But the process of getting a new drug into widespread use takes time — and it can’t be expedited too much, experts say, when safety and efficacy are considered.

Before drugs are even tested in humans, scientists work in the laboratory — think pipettes and petri dishes — usually experimenting in animal and human cells. From there, researchers send their data to the FDA for approval to test in humans. That’s when clinical trials begin.

Clinical trials are conducted in four progressive phases, each one its own separate trial requiring investigators to share their data for FDA approval before continuing to the next phase. The earliest phases, I and II, rely on small groups of patients as researchers study things like safety, dosage and effectiveness. About one-third of experimental drugs successfully complete both Phase I and Phase II studies.

This can move much quicker for drugs that have already been FDA-approved for other illnesses or had passed one phase as an experimental drug for a different illness. This is why drugs we’ve heard a lot about, like Remdesivir or chloroquine, had a head start. Other drugs being tested include nitric oxide gas, which relaxes smooth muscle to widen blood vessels, especially in the lungs; and convalescent plasma, which involves introducing a recovered COVID-19 patient's blood plasma to other patients, which is meant to boost their immune response.

HIV antivirals, like one Jed Lampe is working on, continue to be tested; they work by blocking the proteins that coronaviruses need to replicate.

"The idea of drug repurposing in general, I think, is a great concept because these drugs have already been approved by the FDA for safety and efficacy. So if we make a few little tweaks, we may be able to take advantage of the fast-track process, get them in the clinic much faster than we would ordinarily," Lampe, a researcher at the Skaggs School of Pharmacy told Newsy.

Phase III studies involve randomized and blind testing of much larger patient groups — think hundreds or thousands. Typically, this takes several years, but because the coronavirus is so widespread, researchers nearing Phase III trials have access to the large patient populations they would need. After that they can apply for FDA approval to market their drug in Phase IV trials.

"There are some clinical trials that we're participating in that we don't know if these medications work for COVID-19," Dr. Manu Jain, a Pulmonary and Critical Care Specialist at Northwestern Medicine, told Newsy. 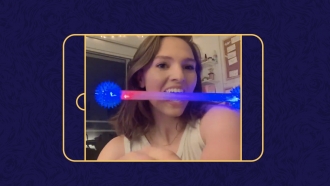 "The hope is that as patients' immune system, their own ability to recover kicks in, that will provide supportive care, that their lives will heal up to the point that they'll be able to get off the ventilator," Dr. Jain said.

The FDA has a fast-track program specifically rolled out for COVID-19 that it says it plans “to continue to expand." With it, researchers can get approval in as little as a few hours. The competition in the search for a treatment is a good thing, researchers say, because it increases the chance of finding something that's widely effective.