How Children's Hospitals Are Handling The RSV Surge 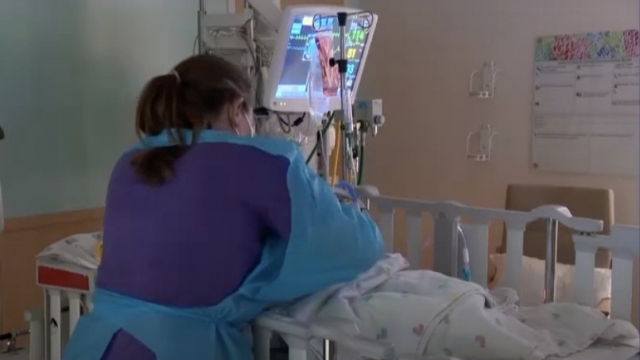 SMS
How Children's Hospitals Are Handling The RSV Surge
By Lindsey Theis
By Lindsey Theis
November 2, 2022
RSV, a respiratory illness that can be severe in infants because their lungs aren't strong enough, is overwhelming hospitals in parts of the U.S.

Kelly Soares recalls when her 11-month-old daughter Brielle was in the intensive care unit for RSV at Phoenix Children's Hospital.

"It was hard to deal with, to be honest, to see your child suffer and have such difficulty breathing and lethargic, and there was really nothing that you could do to help," Soares said. "They prepared us for the worst. She wasn't doing well at all."

Arizona's health department reported more than four and a half times their normal RSV rates in October.

It's the same story for many children's hospitals.

"We had more cases of RSV in October of 2022 than we've had in the last couple of years," said Dr. Mel St. Germain of Children's Hospital and Medical Center Omaha.

"We are seeing a surge in all respiratory viruses, including RSV," said Dr. Reginald Washington, chief medical officer of Rocky Mountain Hospital for Children. "We're not at capacity yet, but we have become very close, not only in our intensive care unit but in our general medical surgical unit as well."

It's worrying doctors in California.

"I'm most really worried about being able to keep kids that get admitted safe with experienced personnel that understand the potential pitfalls of caring for these children," said Dr. David Cornfield, chief of pulmonary, asthma and sleep medicine at Stanford Medicine Children's Health. 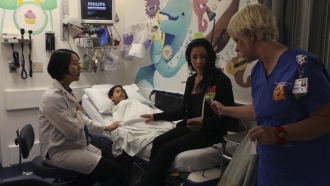 What Parents Need To Know As RSV Cases Surge

A report out this year shows about 20% of health care workers quit their jobs during the pandemic, and another 12% were laid off.

Fulfilling pediatrician jobs have another level of difficulty, since the field is highly specialized and takes years of training. For example, a pediatric nurse practitioner job posting may require six to eight years of schooling, plus about another five years of experience.

Not enough staff can mean fewer beds for patients.

Dr. Karen Dahl of Valley Children's Hospital says her hospital isn't in crisis mode yet, but they're preparing for more sick children and staff who need to call out sick.

"We're working with our local primary cares and making sure they feel adequately prepared to evaluate in their offices as well, so we can sort of spread the pressure around the system," Dr. Dahl said.

"I anticipate we'll have the same amount of cooperation from them and support that we experienced with them earlier in the pandemic because the health care system is all tied together," Dr. Dahl said.

As for baby Brielle, she's now out of the ICU.