Grinding Gears: The Wheels That Must Turn to Get New Cars On The Road 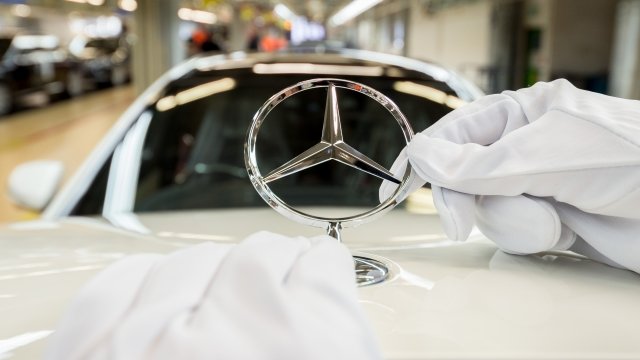 Carmakers can't constantly come out with new models. In fact, it takes a few years to get a new car on the road.

Auto companies can't just push out a new car model every year like an iPhone. It is intensive on creativity, testing, production, rollout — its a slog.

In all, most estimates say that a completely new car model takes about three years before it's rolling out of showrooms and onto roads. But if you're talking about an entirely new kind of car — say, a hybrid or driverless — that timeline stretches longer than Route 66.

Here are the four broad phases, according to Torque News.

First, inception. It all starts on the page: A design team sketches out ideas — what looks cool or classic or futuristic, whatever they want with that specific model. It's important to work out the major kinks in this initial stage because it saves money.

Then we move to the studio space, where clay models are cut and contoured, giving a real-world appearance of what the new car would look like to the naked eye. 3-D printers have streamlined this process in recent years.

Next we go inside, where drivers and passengers spend most of their time. AAA says the average American driver spends almost 50 minutes inside their car every day. So the dings and knobs and materials mean a lot.

As cars become driverless, there will be even more time spent interacting with the interior, so design teams are putting extra effort into picking the right bells and whistles.

Finally, step four: The design is approved, and Pak Wheels reports it's time for a two-part finale.

First, what's called the "test mule," which are models constructed by hand, resulting in "altered versions of the concept cars which are drivable," allowing the engineers to get it perfect and ready for the absolute last look.

Then we have the "pre-production car": "Before the actual launch, companies test the production vehicle on public roads, often fabric covered or taped edges and lights. Everything is observed, from power, to comfort and practicality," plus the test crashes for safety.

After all that, we're done. It's off to the races, multiple years in the making. And then car buyers decide if the model will become the next Pathfinder or Pinto.