How Business Casual Became The Norm And Re-dressed The Workforce 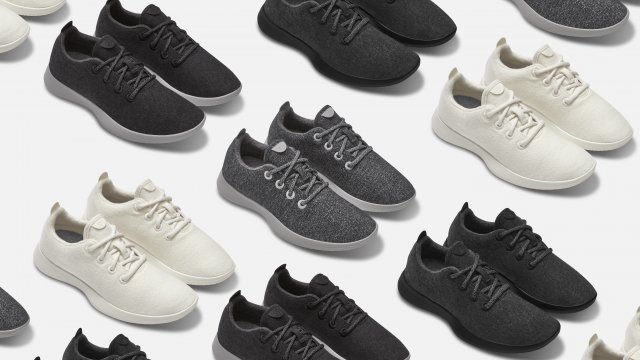 There really is no single definition of "business attire" these days. The era of "Big Business" with fine clothes and tailored suits is largely gone, except in white-shoe firms. There's a lot of freedom in tossing out the starched, buttoned-up conformity of yesteryear. But what replaces it? What are we supposed to wear to work? A young defense lawyer might wear jeans and a T-shirt in the office while reviewing case files, but keep a dark suit hanging nearby for going to court or meeting a client.

Bankers are besuited; techy-types in all industries tend to dress down (same here at Newsy). Our 21st century workwear conundrum isn't new, but it's trending more casual. Before World War II, men wore suits — often double-breasted — and hats (yes, hats were a necessity). Women wore dresses that managed to rise above the ankle, and complemented their attire with matching hats, gloves, bags and shoes.

Interesting fact: Before the war, 50% of all men’s suits were double-breasted, but by the end of the 1940s they made up only 12%. Wartime cloth restrictions were the reason.

In the 1950s, much of the style was the same, but men's suits went from loose-fitting to "skinny."

The 1960s and 1970s mixed things up a bit. Enter the pantsuit for women. Patterns and colors got bolder. The traditional men's suit stuck around, but some guys started showing up in Nehru jackets and something called the "leisure suit."

The 1980s introduced something called "business casual," thanks to Silicon Valley. It originally meant khaki pants, sensible shoes and button-down collared shirts.  (The collars were critical.)

Today, defining "business casual" is almost impossible. Is it a T-shirt? Jeans? A hoodie? A Zara jacket? What's proper "business casual" for one business just won’t do in another. The Atlantic grappled with this and says the casual workplace can be traced to a "results oriented" business culture rather than a  "process-oriented" culture obsessed with employees' looks — a change that also can be traced to the tech industry.

Case in point: Mark Zuckerberg's gray T-shirt and gray hoodie. The Facebook founder explained: "I really want to clear my life to make it so that I have to make as few decisions as possible about anything except how to best serve this community."

Yes, there are exceptions to the casual workplace. Some businesses are still creased and pleated and tailored. But lots of us are left to suss out the appropriateness of unpressed pants and Allbirds, which don't go so well with shoulder pads, and the rules really aren't clear. Bottom line: Dressing for success is as hard to define as business casual.