How Bad Could A Storm Be? Look To Waffle House For Answers 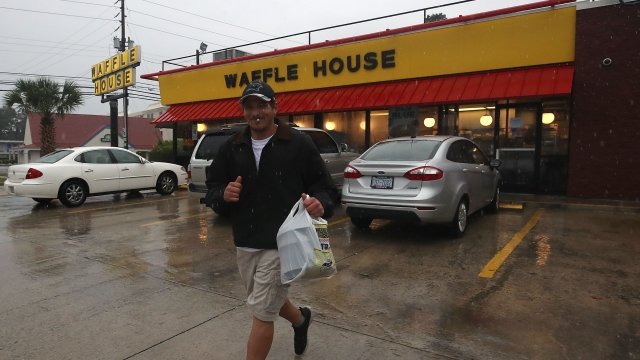 It may sound silly, but Waffle Houses can tell you a lot about how severe a storm is going to be.

"They actually have a storm center that is activated, monitoring Hurricane Florence."

"Y'know one way to tell how bad the damage is after a storm? Visit a Waffle House."

That's because of the "Waffle House Index" — an informal system and term coined by former FEMA administrator Craig Fugate.

It works like this: Amid major storms, an open Waffle House operating with a full menu indicates a relatively easy or at least manageable recovery. A Waffle House running on a limited menu may indicate a power outage, cut food supply lines or a more dangerous storm — but one where it's still safe to operate. Now, say a storm is so bad that it forces Waffle Houses to close. That's rare, because Waffle Houses are pretty well-prepared for disasters. But it's also bad news for the areas affected by the storm. According to FEMA's former administrator, closed Waffle Houses could indicate difficult roads to recovery for the community at large. 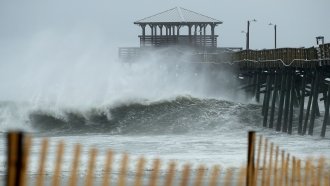 The index came to fruition after a tornado devastated Joplin, Missouri, in 2011. Despite the major damage to homes and businesses, the two Waffle Houses in the area stayed open.

That meant the local economy was still stable. And that information can help emergency responders assess damage and coordinate services.

Because of this, Waffle House now regularly sends its index of more than 1,500 24-hour restaurants to FEMA and other agencies.