How Astrology Turned Into A Billion-Dollar Business 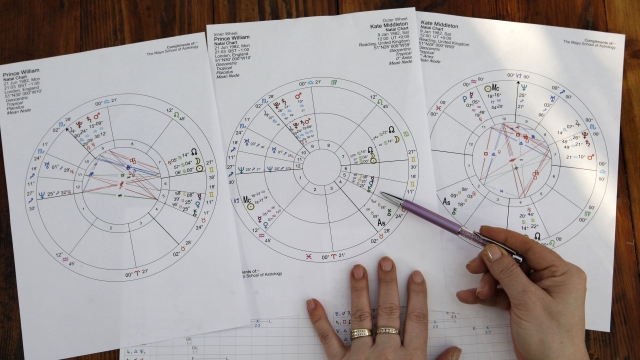 SMS
How Astrology Turned Into A Billion-Dollar Business
By Newsy Staff
By Newsy Staff
July 19, 2022
The astrology industry business is booming with dedicated apps, social media accounts and business owners. But the industry isn't new.

Astrology is more popular and more accessible than ever.

Nowadays, people joke about Mercury being in retrograde, and it's a somewhat common thing for a person to be asked at any given time what their rising and sun signs. There are zodiac memes all over Twitter and Instagram accounts that post about different signs' different personality traits.

The bottom line is: Astrology is making a comeback, and it’s making a lot of money.

One report from market research firm IBISWorld showed that Americans spent $2.2 billion a year on “mystical services.” This includes all things astrology, like palm and tarot card readings, astrology apps and more. Revenue for astrology apps grew to nearly $40 million in 2019 — a 64% increase from the year before.

The app CoStar raised $15 million from investors last April. The app provides personalized horoscopes and lets users connect with friends. It's attracting millions of users without any real marketing.

Other apps seeing success are The Pattern, known for helping navigate relationships, and Sanctuary, where you can receive one-on-one monthly chats with an astrologer. These apps have been attracting more attention from investors, which wasn’t an area they’d typically put their money behind until recent years.

While the business of astrology is new, studying the stars to try to predict the future definitely isn't.

The concept of astrology was born in second millennium BCE when Babylonians looked at the stars to predict things like weather — not quite the horoscopes we see today. Western astrology with the 12 zodiac signs emerged in the late second century BCE in the Mediterranean region. By the 18th century, the studies of astrology and astronomy were split, and astrology was put to the side. Then in the early 20th century, psychology astrology, which led to personality trait interpretations, was introduced.

So, astrology has always been around, but it’s experienced spikes in popularity. Last time this occurred was in the '60s and '70s during the New Age Movement. After that, horoscopes could be seen in the back of magazines, but astrology was somewhat in the background. With the popularity of the internet and social media, it’s really taken off and become even more accessible.

Kay Taylor, the president of the Organization of Professional Astrology, has been attending astrology conferences for years and says there was once a time when astrologists were worried about the future of their profession.

"The organizations began to teach and have conferences in the '70s, but it was still kind of quiet," Taylor said. "I would say that in the conferences in the early 2000, all of us who are more on the older side were looking around and saying, 'Where are the young people? Like, who's going to replace us? How can we find them?'" Now... the Northwest Conference, which is the Northwest Northwest Astrological Conference, is in Seattle every year. Last year sold out — 500 people registered, and over half of them were brand new to the Norwalk conference and had never been to a conference before. That's very unusual."

Recent years have also given rise to the celebrity astrologist — people like Chani Nicholas, who also has her own app and a popular book, and Aliza Kelly, who hosts a few different astrology shows and segments.

There’s also a smaller group of astrology entrepreneurs who started to see a huge boom in business during the pandemic. Astrologers are partnering with businesses and doing brand deals like working with lingerie companies to help customers find items based on their zodiac sign.

"In the past, there were certainly some astrologers who were financially successful," Taylor said. "I mean, I have supported myself and my family as a single mother since the very beginning. So, it was possible to make a living, and many astrologers made a living, but most of us... we were operating out of the back bedroom of our house or doing readings at the kitchen table. Now if you study astrology enough that you are competent and you set up your website and your social media accounts — yeah, you can be very successful with astrology."

A Pew poll shows that almost 30% of Americans believe in astrology. Just to note, this isn't to say astrology is a science, and there’s no evidence that someone’s zodiac sign actually correlates to personality. But, it does inform real-life decisions.

A Lending Tree survey found that 1 in 5 adults have made financial decisions based on their horoscope, but astrology experts say it’s important to do your research on these different resources that can help guide you.

A study from 1982 conducted by psychologist Graham Tyson showed that people often turn to astrology when they’re stressed, and people are pretty stressed today. According to the American Psychological Association since 2014, millennials have been the most stressed generation.