How Apollo 8 Changed Spaceflight History In Only Four Months 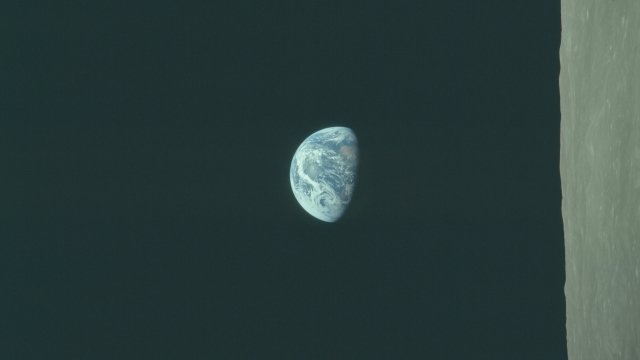 SMS
How Apollo 8 Changed Spaceflight History In Only Four Months
By Tyler Adkisson
By Tyler Adkisson
December 20, 2018
Apollo 8 was a monumental occasion for space travel, but the entire thing was a patchwork plan that researchers weren't sure would even work.
SHOW TRANSCRIPT

50 years after Apollo 8 launched, its legacies still endure. It set record firsts for human spaceflight, and set the stage for further exploration of the Moon — all despite being one of the most seat-of-the-pants space missions NASA ever attempted.

Apollo 8 took just four months from planning to splashdown — fast by any standards. NASA hadn't planned to go to the moon at all in 1968. But that seems to have changed when the CIA suggested that the Soviet Union might have been on track to launch a lunar mission by the end of that year. NASA skipped some of the testing on the Saturn V rocket. The third time it ever flew, it carried humans bound for the Moon.

Some of the most important findings happened in the spur-of-the moment too, like the iconic "Earthrise" photo. Astronauts on the spacecraft hadn't planned on taking the picture. They actually had to scramble to find a camera and lens to take the shot. 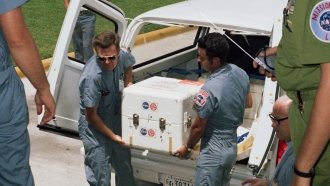 When's The Best Time For NASA To Open Its Last Lunar Samples?

In the end, the hasty mission changed our perspective of space and Earth in a unique, lasting way. Some environmentalists and photographers say Earthrise helped jumpstart the environmental movement by giving humans our first real outside look of our planet.

Apollo 8 also demonstrated that humans could not only get to the moon safely, but stay in its orbit with a functioning spacecraft. This testing would be critical for later missions: Seven months later, during Apollo 11, astronauts walked on the surface.