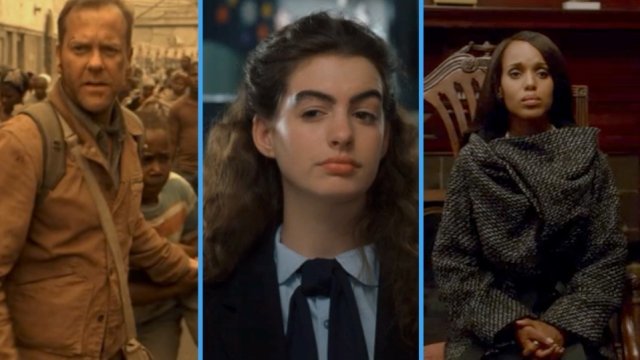 We spoke to the executive producer behind "24" and "Homeland" for insight on how fake countries show up in entertainment.

What do the countries of Sangala, Equatorial Kundu and Wakanda all have in common? They're completely made up. Turns out this happens a lot.

The plot of one ABC's political dramas "Scandal" involves two nations — Kurkistan and East Sudan. Neither nation actually exists (Sudan does, but its eastern region is still very much a part of the country).

So how and why do shows just make up countries instead of using ones that already exist?

Flags are more than just pieces of colorful cloth on a pole — they're supposed to represent a nation and what it stands for. Here's how.

If you've seen "24," you might be familiar with the nation of Sangala or the Islamic Republic of Kamistan. Like Kurkistan and East Sudan, neither actually exists. To figure out why they're in "24," I asked the man who created them: Howard Gordon.

"The main benefit of using a fictional country, is certainly, not to invite unfavorable comparisons and comments that are potentially incendiary in, you know, an already sensitive world. The last thing I think anybody on a TV show wants to do is create an international incident," Gordon told Newsy over a Skype interview.

Unsurprisingly, countries do care how they're depicted in TV and movies, and that's something showrunners worry about.

That's why something as mundane as mentioning a terror cell working out of Istanbul can turn into an angry letter from the Turkish Embassy, which Gordon says the show received. More recently, the Philippine government criticized the CBS show "Madam Secretary" for how it depicted the fictional Filipino president.

Microstates have been around for a long time, and some of them don't even have armies.

On getting angry letters from foreign embassies, Gordon tells Newsy: "Even the smallest mention of a country can precipitate this very, very strong letter. Because, I guess the power of television of such, is that people don't want, and countries don't want, themselves misrepresented geographically or geopolitically in a way that doesn't reflect well on them."

Fictional countries can be useful when a show wants to advance a particular storyline, like, say ... the death of a princess in a royal family who's definitely not British or a fictional genocide in Africa without offending a real country.

And while invented country names might confuse someone with a well-rounded geographic knowledge, survey after survey shows most Americans can't find real nations — like Ukraine, North Korea, Iraq or Afghanistan — on world maps anyway.

On top of that, those who can't locate nations on maps are more likely to favor military action over diplomacy. Which might be why a 2015 poll found 30 percent of Republicans and 19 percent of Democrats supported bombing Agrabah, the fictional nation that's home to Disney's Aladdin.

As for how those fake countries get their names — that can sometimes be less than scientific.

"So, Kamistan, my wife is Cami, so I named a country after her in that case. Which is the least I could do, considering she didn't see me for most of that year since I was working on the show," Gordon said.