How American Tax Dollars Are Being Wasted In Afghanistan 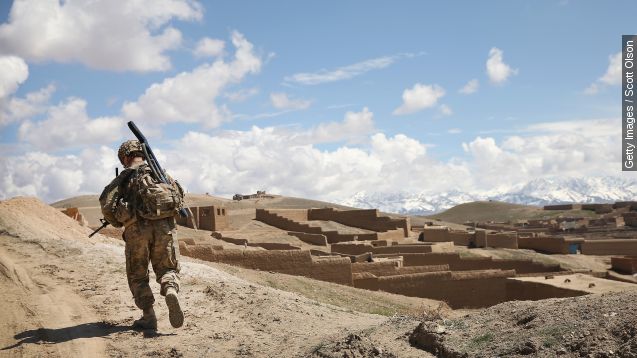 What will $43 million get you in Afghanistan?

That was one of the findings in a report released by the government oversight team that monitors U.S. spending in Afghanistan.

Although most U.S. troops have left Afghanistan, billions of U.S. dollars are still pouring into the country.

Since 2002, Congress has set aside $110 billion for rebuilding efforts. Of that, more than $60 billion was spent on troops, with the rest going toward infrastructure.

To underscore just how much money that is, consider this: The U.S. has spent more on reconstruction efforts in Afghanistan that it did on the Marshall Plan — an effort to rebuild Europe after World War II.

A lot of money has gone to waste in Afghanistan. The $43 million gas station might be the most glaring example, but it's not the only one.

There was the $34.4 million spent on a soybean project — despite evidence it was "inappropriate for conditions and farming practices."

There's the $36 million army facility that was never used.

And who could forget the half-billion-dollar purchase of cargo planes, later sold for $32,000 in scrap after it was determined the Afghans couldn't fly them.

Oh, and that gas station? Pretty useless. Converting cars to use compressed natural gas costs around $700. That's more than the average Afghan makes in a year.

This video includes images from Getty Images, the Special Inspector General for Afghanistan and United Soybean Board / CC BY 2.0.