How America Reached The Edge Of Energy Independence 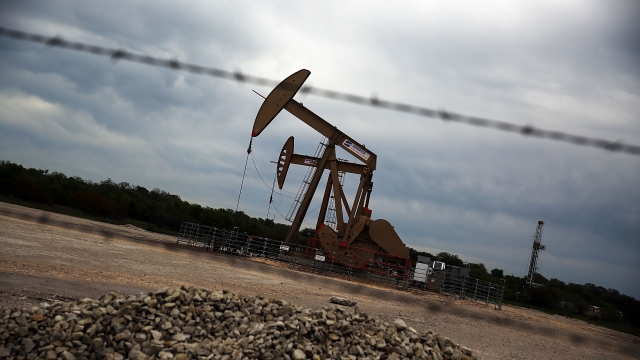 President Donald Trump has been talking about energy independence in recent months, and that's probably because the U.S. is close to achieving it.

Energy independence has been a political talking point for decades. And President Trump has been mentioning it more in recent months. So what might be behind the resurgence? Well, it could be that U.S. energy independence seems achievable in the very near future.

"Energy independence" doesn't have a singular definition, but there are four key measurements to consider: imports, exports, consumption and production.

The U.S. has been a net energy importer since 1953, meaning every year we've imported more energy than we've exported. But the U.S. is expected to be a net energy exporter in 2020, thanks in large part to increases in natural gas and oil production.

Measuring by total consumption and production, the U.S. hasn't been energy independent for a full year since 1957. But the gap between America's production and consumption has been closing.

What The U.S. Needs To Make A Carbon Tax Work

For a carbon tax to have the best chance of success, stakeholders have to buy in for the long haul.

After two decades of pretty stagnant levels, U.S. energy production really started increasing in 2008. That was made possible, in part, by new technology. Innovation has allowed companies to access oil and gas that was previously unreachable. New technology has also helped bring down production costs, allowing the country to produce more energy.

Legislative changes have also reduced consumption and spurred production. In 2007, President George W. Bush signed the Energy Independence and Security Act. The law led to a number of increases in energy efficiency across the country, including the development of more fuel efficient vehicles. It also created a grant program that helped states and local agencies invest in renewable technology.

President Barack Obama continued to focus on energy efficiency and producing more renewable energies like wind and solar. He signed the American Recovery and Reinvestment Act in 2009, which included $90 billion in investment and tax credits for clean energy. During Obama's tenure, the U.S. became the largest producer of natural gas in the world, and crude oil production almost doubled.

The idea behind energy independence is ensuring the U.S. has access to enough affordable energy to meet the country's needs. Hypothetically, it would protect us from international market disruptions caused by things like natural disasters, political unrest or terrorism. But at the same time, energy independence could make the U.S. vulnerable to our own market disruptions.