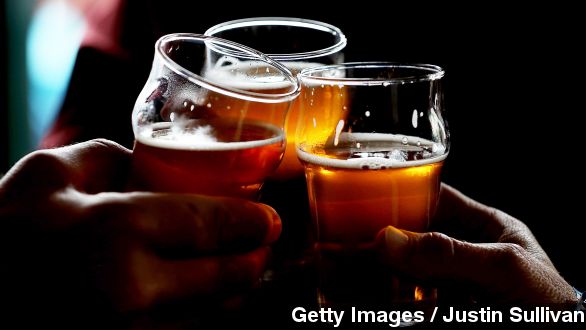 Listen up, men. It's widely known consuming a lot of alcohol negatively affects general health, but a recent study found it also has effects on reproductive health.

As Medical News Today reports, researchers found an up to 33 percent reduced sperm count in men who drank excessive alcohol at 40 units a week — but they also saw lower sperm quality among men who drank even just moderate amounts of 5-10 units a week.

According to the National Institute on Alcohol Abuse and Alcoholism, one unit of alcohol is equivalent to one glass of wine, one can of beer or a shot of liquor.

The study was published in the British Medical Journal and surveyed more than 1,200 men. All subjects were Danish and young — between the ages of 18 and 28.

Now, there's no cause-and-effect relationship here. The researchers say the findings don't necessarily mean drinking a lot of alcohol will directly affect sperm cells, only that there is an observed correlation. It's also not clear whether these effects are permanent.

But the study does seem to reflect similar findings from several previous studies involving alcohol and sperm count.

And the researchers believe these findings are worrisome, saying in a press release, "Given the fact that young men in the western world [drink a lot], this is of public health concern, and could be a contributing factor to the low sperm count."

Recommended alcohol consumption levels vary by country. According to this table from the International Center for Alcohol Policies, Denmark's current recommended limits for men stand at 21 alcohol units a week — about seven more than current U.S. guidelines.