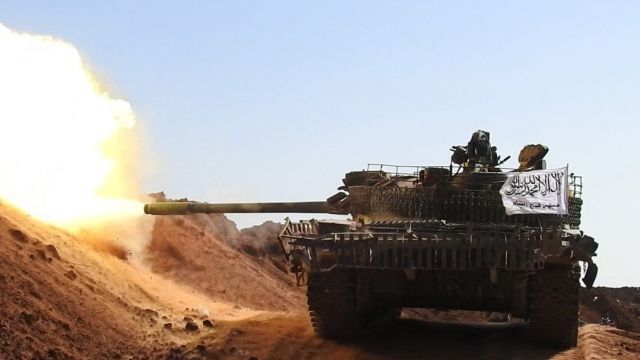 "By any measure, core Al-Qaeda — the organization that hit us on 9/11— is a shadow of its former self," President Obama said during a counterterrorism speech.

From this, it's easy to think Al-Qaeda is all but dead. But it's not dead, it's just different than it was on 9/11.

Its branch in Syria, which recently tried to rebrand itself, is one of the strongest groups opposing Syrian President Bashar al-Assad.

Al-Qaeda's affiliate in Yemen has taken advantage of the country's civil war to strengthen its support despite losing some of its territory.

And its East African branch, Al-Shabab, is still alive and kicking in Somalia, resisting efforts by an African coalition to defeat it.

Those Al-Qaeda branches are too bogged down in Middle East conflicts to focus much effort on attacking the West.

But that doesn't mean it's not a threat. The Madrid train bombings, London bombings and Charlie Hebdo all took place after 9/11.