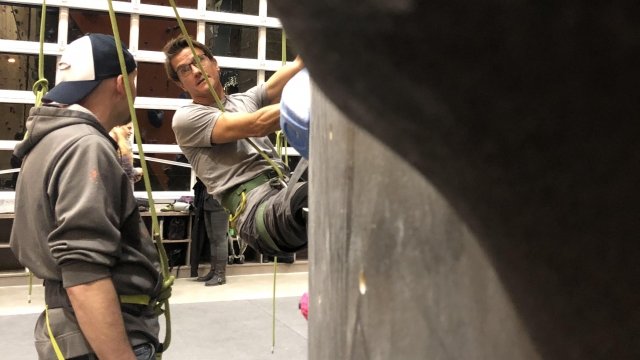 Since 1990, the number of veterans with service-connected disabilities has increased by 117 percent. One way the VA is addressing the problem is with recreational activities.

"Getting help is not weak. Doesn't make you less of a man," says Justin King, a former infantryman participating in a recreational therapy program in Colorado. "If anything it makes you a better person. If there's anything that makes me a better father, it was coming to get help. "

In 2017, the VA awarded eight million dollars in grants for adaptive sports programs across all 50 states — sports like archery, skiing, cycling, and climbing. Much of that money went to nonprofits that partner with the VA to provide recreational therapies, like Adaptive Adventures, a Colorado based non profit. King and other veterans meet at a Denver gym, using the climbing wall as a tool for addressing post-traumatic stress. They work on the same ropes and the same gear, going the same heights as non-disabled climbers. 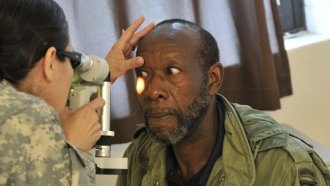 There Are 40,000 Job Openings At The Veterans Health Administration

"What we do is we kind of ramp up slowly," explains Craig DeMartino, who leads the climbing clinics. "So we don't just like walk in and throw them into the middle of the gym. We kind of step them into it slowly. So we start in a small controlled area and then we get them acclimated to like, 'Hey this is how you climb. This is what the rope does. This is what I do.' Then we move them out into the bigger area."

DeMartino knows all about adapting himself. Doctors amputated his leg after he suffered a massive fall while climbing in 2002. In 2004, he became the first amputee to climb El Capitan in Yosemite.

"I fell about 100 feet almost exactly and landed standing in the rocks at the base of the climb. It destroyed my feet — compound fractures of both legs, severed an artery in my leg. Broke my back at L2 so badly that they fused my L one through four. I understand what it's like to be so scared that you're paralyzed," he says.

"It just took me like kind of convincing myself over and over. And I would swear [climbing] off almost every time I'd come down and be like nope I'm done. Yes. And then I'd go, oh I did like the way it felt."

DeMartino says climbing, like many adaptive sports, forces the athlete to sharply focus on what they are doing and nothing else. That focus, he argues, allows veterans to find a way to cope with stressors that can trigger PTSD. 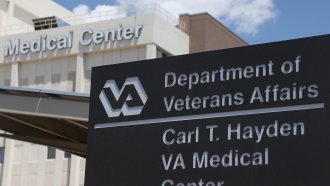 VA Admits It Has A Problem Funding Veteran Benefits

Chris Anderson, a veteran attending the clinic, agrees. "You're just thinking about that next, you know, the next green handle to grab on to or the next green rock so you can get up there. You know one step at a time," he says.

Studies have shown the benefits of adaptive sports for veterans range from improvement in mobility and mood to family life and disability acceptance. Some surveys have found adaptive sports participants are more likely to be employed and have fewer mood swings.