How A Nuclear Bomb Nearly Detonated Over N.C. In 1961 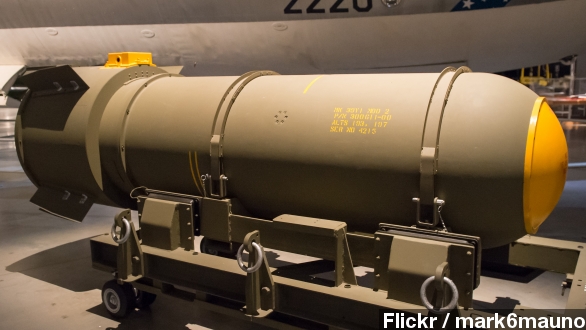 SMS
How A Nuclear Bomb Nearly Detonated Over N.C. In 1961

What you don't know can't hurt you?

The United States nearly faced a catastrophic accident in 1961 when a B-52 bomber broke apart in the air, dropping two nuclear bombs — one armed — that struck the ground near Goldsboro, North Carolina. (Via U.S. Air Force, Google)

"The bomb would have flattened everything in a 4-mile radius and killed anyone in an 8 1/2-mile radius." (Via WGHP)

While we've known about the Goldsboro incident for years, what we didn't know was that both bombs were dangerously close to exploding. (Via YouTube / 7777bigjim)

This is all according to newly declassified documents released by The National Security Archive. In summary, "In both cases, the 'fuzing sequence' had begun: an important step toward arming a nuclear bomb. Weapon 1, the one that came closest to detonation, landed intact, but by the time Weapon 2 hit the ground, it was in the 'armed' setting because of the impact of the crash."

WECT says had the bomb gone off, the devastation would have been several magnitudes greater than that in both Hiroshima and Nagasaki.

​"Now we're learning that the explosive yield of those bombs: 3.8 megatons. Compare that to the bombs dropped in Hiroshima and Nagasaki. They were .01 and .02 megatons."

If that whole megaton comparison doesn't work for you, Fox News quotes Eric Schlosser, who wrote about the incident. "This bomb had the potential to make the one used in Hiroshima look like the work of a cap gun."

And CNN reports it was only by chance the megaton bomb didn't explode. CNN quotes former U.S. Secretary of Defense Robert McNamara who said, "By the slightest margin of chance, literally the failure of two wires to cross, a nuclear explosion was averted." (Via U.S. Army)