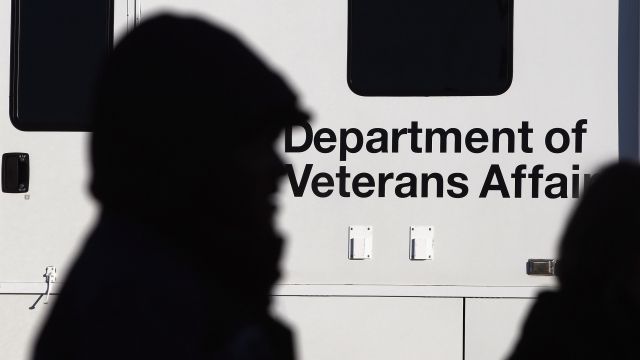 SMS
How Could A Hiring Freeze Affect The Department Of Veterans Affairs?
By Briana Koeneman
By Briana Koeneman
January 25, 2017
The department has been trying to hire 2,000 new employees to ease appointment backlogs and improve care for veterans.
SHOW TRANSCRIPT

President Donald Trump ordered a hiring freeze "across the board in the executive branch."

That includes the Department of Veterans Affairs. It could be bad news for the already short-staffed department.

White House press secretary Sean Spicer confirmed that the VA is part of the freeze. He said it pushes the pause button on hiring until the Trump administration puts together a plan to fix the agency's "broken" system. 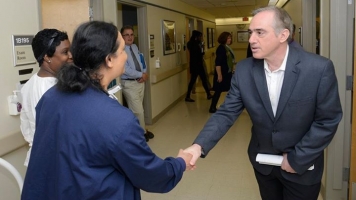 "The VA in particular, if you look at the problems that have plagued people, hiring more people isn't the answer. It's hiring the right people," Spicer said.

But the VA has been trying to hire 2,000 new employees to help clear up appointment backlogs and improve care for veterans.

The agency's acting secretary, Robert Snyder, says he wants to hire anyone the department "deems necessary for public safety." And based on wording in Trump's memorandum, that's allowed.

David Shulkin, Trump's pick to succeed Snyder, told USA Today one of his biggest priorities is to get the VA fully staffed.