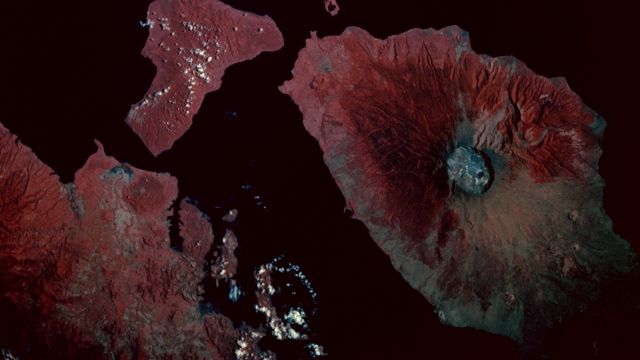 By Evan Thomas
December 3, 2016
Huge volcanic eruptions can block sunlight and cause swings in Earth's temperature. In 1816, it snowed in New York in the middle of June.
SHOW TRANSCRIPT

Cold weather isn't something we associate with summer in the Northern Hemisphere, especially these days. But it is possible to get snow in June; all it takes is the right cataclysm.

Ah, 1816 — also known as "the year without a summer." Skies dimmed. Frost decimated food crops in the Northern Hemisphere. Global temperatures fell, and instead of sunny weather, heavy rains hit Europe, and New York had snow on the ground in June.

It was all because of the 1815 eruption of Indonesia's Mount Tambora — the most significant volcanic event in modern human history.

SEE MORE: The Volcano Under Yellowstone Is Way Bigger Than We Thought

Tambora launched several cubic miles of material into the sky. A lot of it was gases that shot into the stratosphere where steady winds carried them all over the planet.

These gases formed fine aerosols that reflect sunlight, which cooled down the atmosphere and the surface. The research conflicts on exactly how much average temperatures dropped — anywhere from 1.5-3 degrees Celsius.

There's nothing really stopping another volcanic winter, either. Because we watch and measure the world's volcanoes now, we'd probably see a severe eruption coming. But we can't do much if another big one starts dumping ash and gases into the atmosphere.

If it does happen, maybe pick up a hobby so you don't get cabin fever; it worked in 1816. The gloomy weather is said to have inspired Mary Shelley to write "Frankenstein," and the shortage of food for horses reportedly led to the development of the early bicycle.