How 2020 Dems Are Talking About The Mueller Report 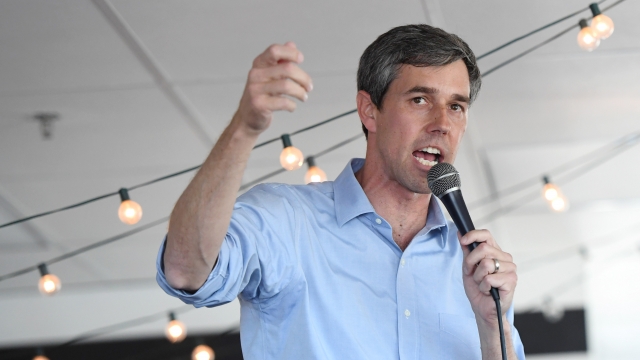 SMS
How 2020 Dems Are Talking About The Mueller Report

"Make no mistake about it, my fellow Americans: This was a total vindication of the president of the United States and our campaign, and it should be welcomed by every American," Vice President Mike Pence told a crowd at the annual American Israel Public Affairs Committee summit.

White House press secretary Sarah Sanders told CNN, "It was another great reminder that the reason the president is the president, and sitting behind me in this building behind me right now, ... he was the best candidate."

But while the final report could be a disappointment for Democrats, party strategists say it's not going to slow any momentum heading into the 2020 election.

"They already were not talking about this very much, and I think voters have already been much more focused on things like health care and the fact that their wages have been pretty stagnant under Trump," said Jesse Lee, Senior Vice President of Communications at the Center for American Progress, a progressive think tank.

A Washington Post review of the candidates' tweets found only one out of every hundred mentioned the Special Counsel probe.

And only four out of 143 questions the candidates have fielded during CNN town halls have touched on the investigation at all.

Instead it's focusing on big policy questions and issues the party has with Trump outside of anything Russia related that many Democrats see as the winning strategy.

When asked about the investigation in a cnn interview, South Bend Indiana Mayor and 2020 hopeful Pete Buttigieg steered the conversation back to the voters.

"There are a lot of people in the Industrial Midwest, where I live, who were under no illusions about [Trump's] character," he told CNN's Van Jones. "But went into that polling place and voted to burn the house down. And if we're not dealing with the things that motivated them to do that -- somebody who should never have come within cheating distance of this presidency -- if we're not ready to address those conditions, then if it's not him, sooner or later we'll get somebody like him all over again."

But that doesn't mean 2020 candidates will avoid mentioning the investigation entirely.

Former Georgia Gubernatorial candidate Stacey Abrams, who is fielding a possible run for President, says the probe can still be a useful messaging tool.

"If we use the Mueller report properly, it becomes a galvanizing effort. If they're going to work this hard to steal something from us we need to go and take it back," Abrams said at a recent event in Los Angeles.

Lee says the report will likely come up in discussions about foreign policy and protecting U.S. elections. Former Texas Rep. Beto O'rourke brought it up during a campaign stop days after attorney general William  Barr announced the report was completed.

"I call your attention to the President of the United States standing next to the leader of the Russian Federation on a stage in Helsinki, Finland and saying that he does not believe our country or our intelligence community, but instead he believes that man who seeks to undermine and ultimately destroy this country. We've got to make sure that this is settled at the ballot box in November of 2020," he told the crowd.

And Lee says candidates could use the investigation as a springboard to talk about Trump's conduct in office.

"To me the idea of colluding on specific tactics has always been kind of secondary. The primary issue to me is that he seems to put his own self interests and often his own profits ahead of the national interest. The Barr memo is silent on that, and I think that's a case that Democrats can continue to prosecute," Lee said.