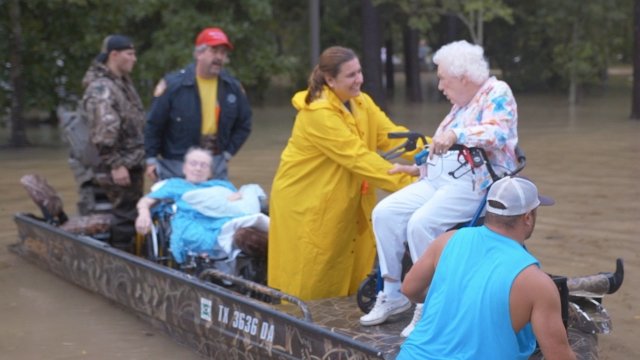 More than 50 inches of rain have hit parts of Houston, breaking a record for the U.S. mainland. Rising water has trapped thousands of people in their homes.

We followed one of many rescue efforts playing out across the city, as a fleet of civilian rescue boats carried more than 100 people from a senior citizen community to safety and dry land Tuesday. 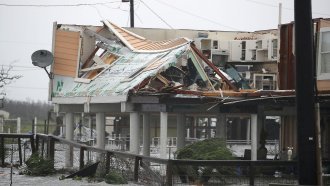 For days now, overwhelmed officials at the federal, state and local level are turning to civilian fleets, like Louisiana's Cajun Navy, for help.

“We have a guy who’s in contact with local officials, whether that’s sheriffs, police, fire rescue, emergency operations center," said Shane Reed, a volunteer with the Cajun Navy. "He pretty much tasks us out. Yeah, pretty much, man. Big fleet of small boats.”

Although the Houston area has seen an influx of civilian boats joining rescue efforts since this storm began last week, the list of Houston residents in need of saving is still growing.