Houston Hit With One Of The Rainiest Days In History 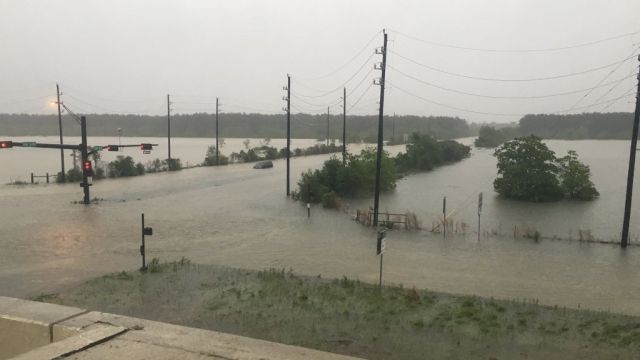 The Houston area is making history. Record-breaking rainfall in the region has killed five people, displaced thousands and left nine counties under a state of emergency.

The National Weather Service declared a flash flood warning that covered more than 21,000 square miles — the last time a warning that big was made was nearly a decade ago.

According to KHOU, the high water forced emergency crews to perform hundreds of rescues Monday and shut down schools and businesses.

Nearly 10 inches of rain fell at the Houston Intercontinental Airport, making it one of the rainiest single days in history.

Some officials are likening this downpour to Tropical Storm Allison that hit the Houston area in 2001. That storm dumped more than 40 inches on the Lone Star State, killed 23 people and caused billions of dollars in damage.

More rain and thunderstorms are forecast for Houston through the end of Tuesday.

This video includes images from Twitter / @oursommlife and clips from KTRK, KPRC and The Weather Channel.