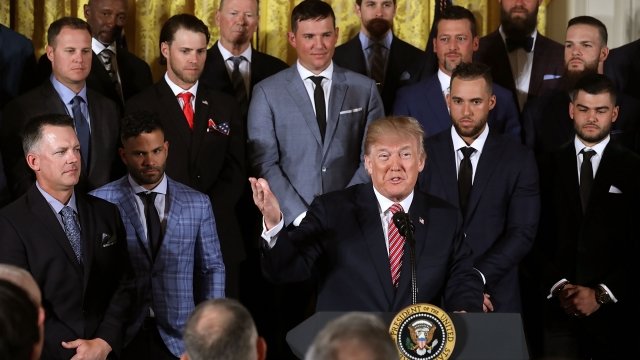 The team celebrated its win with President Donald Trump — minus a few players.

On Monday the Houston Astros visited the White House to celebrate their 2017 World Series Championship.

President Donald Trump congratulated the team on its first ever World Series win, which he noted happened following the destruction of Hurricane Harvey.

Malcolm Jenkins, Torrey Smith and Chris Long said they would skip the traditional visit, which usually happens after a team wins the big game.

A few team members were absent: Carlos Beltran, who retired after last year, all-star shortstop Carlos Correa and Ken Giles. The team says all three skipped the event due to family obligations.