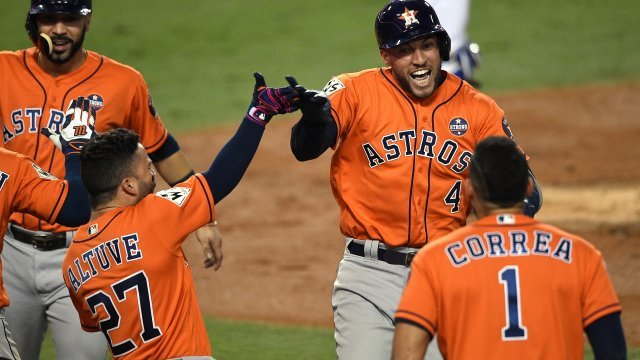 For the first time ever, the Houston Astros are World Series champions. They beat the Los Angeles Dodgers in 7 games.

The Astros scored five runs in the first two innings and never looked back. A single run in the sixth inning was all the Dodgers could muster in response, leaving the final score 5-1.

This is the first title for the Astros in their 56 years of existence — they hadn't even won a World Series game before Game 2 this year. Houston was the second-oldest franchise in baseball without a World Series title.

The Dodgers lost this series despite having baseball's best record in 2017. Since the Wild Card became a thing in 1995, the team with the outright best record in baseball has won the World Series just three times.

L.A. hasn't won it all since 1988, the last time the Dodgers played in the World Series. They're now 6-11 all time in the Fall Classic.

One other thing fans will remember about this series? Dingers. The 2017 World Series had more home runs than any other in history, breaking the record just five games in.