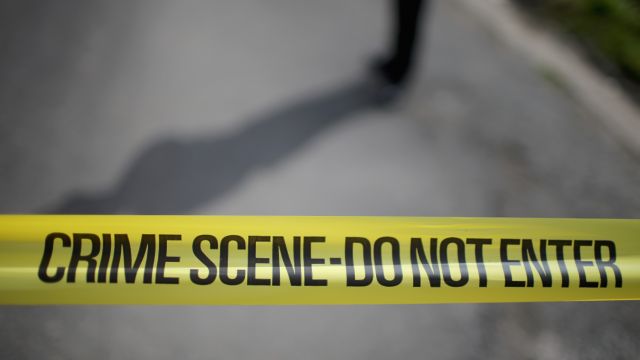 SMS
Houston-Area Family Of 4 Shot To Death In Apparent Murder-Suicide
By Matt Picht
By Matt Picht
April 19, 2016
Officials say a third-party doesn't appear to be involved in the fatal shooting of a husband and wife and their two children on Tuesday.
SHOW TRANSCRIPT

A family of four, two adults and two children, have been found shot to death in a Houston-area suburb. The local sheriff's office is still investigating the deaths but suggests this might be a murder-suicide.

"The sheriff's office received a call about 8:30 regarding this residence, to check the welfare of one of the adults. ... Preliminary reports are telling us this is a murder-suicide, but until I get the final findings from our investigators, it's preliminary at this point," Sheriff Troy Nehls told KTRK.

The Fort Bend County Sheriff's Office identified the dead as husband and wife Jeremy and Natalie Srinivasan along with their children, a 5-year-old girl and a 2-year-old boy. The sheriff's office says there's no indication a third party was involved in the killings.

Autopsies are planned for the deceased, and the next of kin for both adults have been notified.