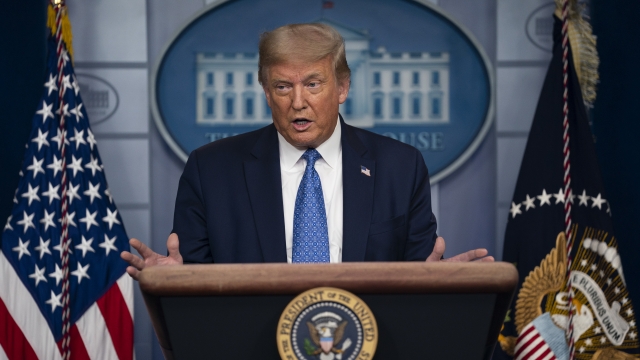 The legislation was passed Wednesday, 233-183, along party lines. Two Republicans voted across the aisle.

The NO BAN act would limit the president's authority to impose immigration restrictions and prohibit religious discrimination in in the U.S. immigration system.

The executive director of Muslim Advocates says the bill will "show Muslims, who have been banned and scapegoated by the Trump administration, that we deserve rights and dignity."

President Trump issued the policy in 2017, restricting travel to the U.S. from six Muslim-majority countries. In February he expanded that ban to a number of Muslim-majority and African countries. Democrats and many advocates have called the controversial travel ban discriminatory against certain religions.

It's unlikely the measure will be brought up in the Republican-controlled Senate.

Additional reporting by Elana Schor and Mariam Fam of the Associated Press.